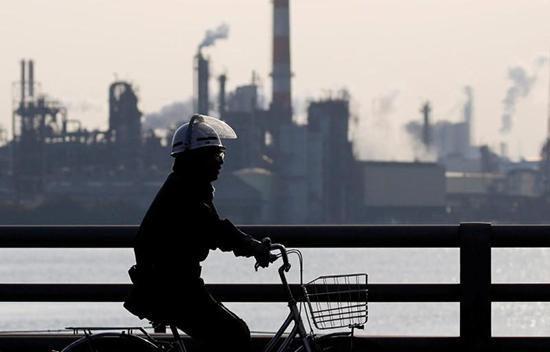 TOKYO, Sept 3 (Reuters) – Japanese manufacturing activity expanded in August at a slightly faster pace than the previous month as new orders accelerated, but a decline in export orders may raise concerns about the impact of trade protectionism.

The Markit/Nikkei Japan Manufacturing Purchasing Managers’ Index (PMI) rose to a seasonally adjusted 52.5 in August from a final 52.3 in July.

The index remained above the 50 threshold that separates contraction from expansion for the 24th consecutive month.

“Survey data signaled a moderate improvement in the health of the sector, supported by an accelerated influx of new orders,” said Joe Hayes, economist at IHS Markit, which compiles the survey.

“That said, survey data indicated the upturn in demand was domestic-led, with export sales falling over the month. Potential escalations in trade conflict also contributed to a softening of business confidence.”

The index for new orders rose to a preliminary 52.4 from a final 50.9 in July, the first increase in four months, as the launch of new products boosted sales, the survey showed.

The index for export orders showed contraction, falling to 49.7 from 50.0 in July due to weaker demand from China, the survey showed.

Output prices charged by Japanese manufacturers rose at the fastest pace since October 2008 due to rising input costs, the survey showed. However, retailers are likely to remain reluctant to raise consumer prices for fear of alienating shoppers.

Japan’s factory output fell for a third straight month in July due to slowing exports of cars and steel, data last week showed.

Steel output also fell because the United States has imposed tariffs on steel imports from Japan and other trading partners.

There are also concerns that President Donald Trump will ask Japan to take specific steps to lower its trade deficit with the United States.

The Trump administration is renegotiating free trade deals that they say are unfair to U.S. companies and workers.

The U.S. government is also engaged in a trade war with China, and there are concerns that Japan’s export-oriented economy is also vulnerable.