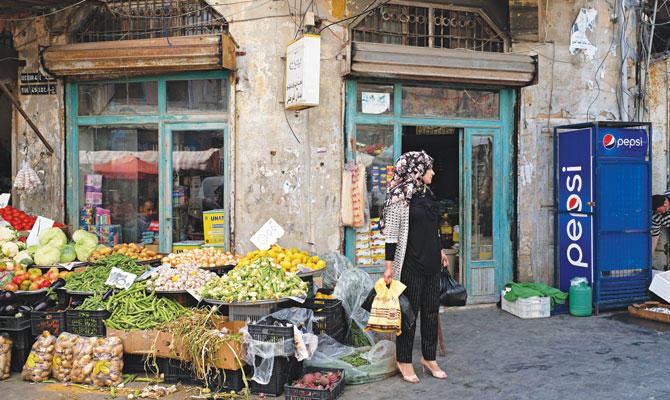 DUBAI: Four months after Lebanon’s general election, any hopes Prime Minister-elect Saad Al-Hariri held of easing his way into office have been dashed following warnings of a crippling political stalemate in government and claims the country is facing economic collapse.
With a cabinet yet to be formed, Hariri heads into the fall all but powerless to address the economic decline — a situation some observers have described as a “vicious circle.”
This summer, Moody’s, the global rating agency, gave Lebanon’s economy a “Low (+)” grading due to “the deterioration in the regional economic and political environment.”
An article in The Economist magazine late last week was even more downbeat, saying Lebanon’s economy was on the brink of collapse.
“Since 2011, the lack of investment in infrastructure and the absence of economic reforms have weakened the country’s competitiveness, and would likely prevent Lebanon from returning to previously high real GDP growth, even if political risks were to subside,” the Moody’s report said.
While reports suggested the economy is facing a full-blown crisis, government officials believe that the country is not there yet.
“We’re passing through challenging times,” former Lebanese minster of finance Raya Al-Hassan told Arab News. “We’re in a huge slump. All the economic indicators point to a downturn in economic activity. All the real economy sectors are suffering and witnessing a downturn.
“We are in some sort of a recession. A lot of these sectors are not growing; growth is not registering beyond 2 percent annually, and if this situation persists, it will create a vicious circle that will be hard to break,” she said.
Political instability and sectarian strife have plagued Lebanon for years, with a decades-long civil war and the assassination of several of its leaders, including Hariri’s father, Rafic Hariri.
Recently, attempts to form a government have been deadlocked since Hezbollah and its political allies have secured a cabinet majority of more than 70 of the 128 seats during this year’s parliamentary elections at the expense of Hariri’s Future Movement.
Currently, there are 30 ministerial positions that are split equally among Christians and Muslims at 15 each, with further splitting among sects within these two main religions. And with no clear criteria on how these ministries will be allocated, the stalemate between political parties and representatives over the allocation of power could well continue until the end of the year.
“It’s an internal problem that has to do with holding power … in principle they (political parties) are asking for such power because they think they deserve it after they did well in the elections, but this is not the real reason,” political analyst Amine Ammouriyye said.
Ammouriyye believes the main factor “is the decision from outside Lebanon. For example, Hezbollah, who won the elections, now has the chance to opt for better relations with Syria and is among those asking for more formal relations than before,” he said.
“Internally, it’s all about power and, externally, it’s about the negotiation with Syria,” he said.
With politicians and foreign powers unable to put their agendas aside, Lebanon’s economy continues to falter, a downward spiral that was brought on by the outbreak of the Syrian conflict in 2011. Economic growth plummeted from a solid 9 percent at the time and has hovered around 1.1 percent for the past three years. Public debt stands at $82 billion, equivalent to 150 percent of gross domestic product, the third-highest world-wide after Japan and Greece.
At the Economic Conference for Development through Reforms with the Private Sector (CEDRE) in Paris in the spring, international donors pledged $11 billion to boost the economy, with a focus on improving Lebanon’s ailing infrastructure. In exchange, Lebanon promised reforms, including tougher measures to fight corruption and reduce budget deficits.
“The lifeline presented to us is a real opportunity to come out of this slump,” Al-Hassan said.
But if the government is formed and the reforms are not taken, it will be “harder and harder for the Lebanese economy to come out of the dire situation it is in now.
“This will result in huge unemployment if we don’t address it as soon as possible,” the former minister said.
“We are reaching a new milestone,” she said.