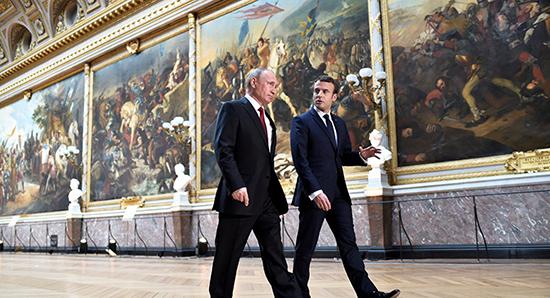 STOCKHOLM (Sputnik) – French President Emmanuel Macron said Sunday that discussions with Russia were necessary and that he respected Russian President Vladimir Putin, alleging, however, that Putin dreams about “dismantling the European Union.”

“I respect Vladimir Putin and I am one of those who believe that we need to create new approaches to security with Russia, we need discussions with Russia, but Putin’s dream is to dismantle the EU,” the French president said during an interview with Sweden’s SVT broadcaster about European values and the difference between France and Russia.

Macron also put his country above Russia in terms of respect for human rights and democracy.

“I have contacts with Putin constantly and respect him, but Russia is not an example from the point of view of human rights,” the French president said.

Despite deterioration of relations between Russia and France over the Ukrainian crisis, the leaders of both countries maintain cooperation. For example, Macron had talks with Putin at the 2018 St. Petersburg International Economic Forum and noted that he would like strategic dialogue between the two countries to gain new momentum on many economic, social and defense issues.

In late August, the French president noted that it was necessary for France to build a strategic partnership with Russia as it was important for collective security.