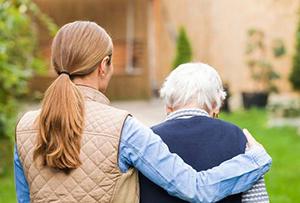 When someone suffers from a stroke their risk of developing dementia doubles, according to new findings from medical researchers.

Since the chance of a stroke can be greatly reduced by a healthy diet and exercise, these lifestyle choices might also help to prevent dementia, according to a study published in the medical journal Alzheimer’s & Dementia: The Journal of the Alzheimer’s Association.

A group of scientists from Exeter University looked at data on stroke and dementia risk from 48 separate studies involving a total of 3.2 million people around the globe.

“We found that a history of stroke increases dementia risk by around 70%, and recent strokes more than doubled the risk,”Dr. Ilianna Lourida of the University of Exeter Medical School, said in a statement. “Given how common both stroke and dementia are, this strong link is an important finding. Improvements in stroke prevention and post-stroke care may therefore play a key role in dementia prevention.”

Many risk factors for stroke are preventable and treatable, including high blood pressure, diabetes and cardiovascular disease.

“Around a third of dementia cases are thought to be potentially preventable, though this estimate does not take into account the risk associated with stroke. Our findings indicate that this figure could be even higher, and reinforce the importance of protecting the blood supply to the brain when attempting to reduce the global burden of dementia,” said Dr. David Llewellyn from the University of Exeter Medical School.

Still, the researchers explained that the majority of people who have strokes do not go on to develop dementia. More research is needed to better understand the connection between these two conditions, the scientists cautioned.