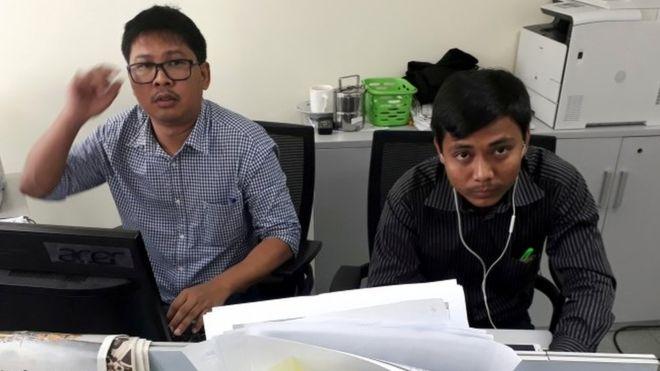 A court in Myanmar has sentenced two Reuters journalists to seven years in prison for violating a state secrets act while investigating violence against Rohingyas.

Wa Lone and Kyaw Soe Oo were arrested last year while carrying official documents which had been given to them by police.

Both have been in jail since December.

The case has been widely seen as a test of press freedom in Myanmar, also known as Burma.