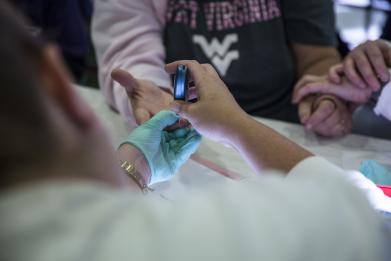 A medicine used in Type 2 diabetes treatment could be linked to a serious genital infection.

The Food and Drug Administration (FDA) released a warning on Wednesday that says the class of medications called sodium-glucose cotransporter-2 (SGLT2) inhibitors could be related to a genital infection called necrotizing fasciitis of the perineum, or Fournier’s gangrene.

According to the Centers for Disease Control and Prevention, over 29 million Americans have diabetes. The SGLT2 inhibitors are approved by the FDA for adults with Type 2 diabetes to help lower blood sugar when used with diet and exercise. It achieves this by causing the kidneys to remove sugar from the body through urine. There are many drugs that are considered SGLT2 inhibitors, including dapagliflozin, canagliflozin, empagliflozin and ertugliflozin. One of the drugs, empagliflozin, is also supposed to lower the risk of death from heart attack and stroke.

“We have bacteria all over us, and one of the foods that bacteria likes is glucose,” Jamie Alan, an assistant professor of pharmacology and toxicology at Michigan State University, told Self magazine. “If you’re eliminating more glucose in your urine, that’s going to give you more potential for glucose in your urethra and the area surrounding your genitals. That’s going to be a more favorable environment for the bacteria to grow.”

This, in combination with a small cut, such as a nick from shaving or a skin ulcer, can lead to Fournier’s gangrene. This infection affects the scrotum, perineum, or penis and the symptoms include scrotum pain and redness, according to the National Organization for Rare Disorders. More than 1,800 cases for study have been reported in English language medical literature since 1950 and is most frequently found in male adults.

“Seek medical attention immediately if you experience any symptoms of tenderness, redness, or swelling of the genitals or the area from the genitals back to the rectum, and have a fever above 100.4 Fahrenheit or a general feeling of being unwell,” The FDA wrote in their warning. “These symptoms can worsen quickly, so it is important to seek treatment right away.”

The FDA advises that medical professionals should check patients for the infection if they show any of the symptoms. They recommend using broad-spectrum antibiotics or surgical debridement, which is a surgical removal of dead tissue. They also advise doctors to discontinue using the SGLT2 inhibitors. The FDA provides a form for health care professionals or patients to report adverse side effects related to the use of these inhibitors.