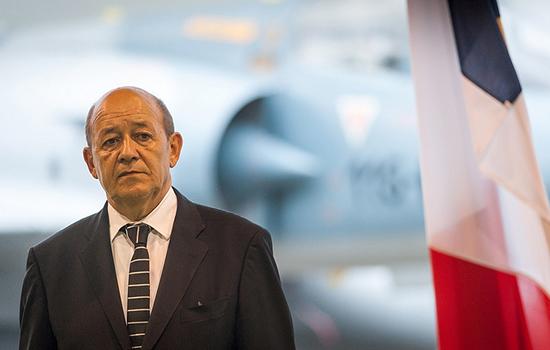 But Assad failed to achieve peace in the region

TASS, September 3. French Foreign Minister Jean-Yves Le Drian has commented on the situation in Syria, saying that President Bashar al-Assad won the war but failed to achieve peace in the region.

Le Drian also noted that France is working with the Astana group (Russia, Iran and Turkey, the guarantor countries of the Astana process – TASS) to prevent bloodshed and find a political solution to the conflict. “It is necessary to prevent a humanitarian disaster, which will, at any rate, damage the reputation of Russia and Turkey,” he told France Inter radio. “In the event of military clashes in Idlib the scale of the disaster in Aleppo can recede into the background.”

According to the minister, about 800,000 people could leave their homes in the Idlib province in case of active hostilities.

Le Drian added that Russia is also interested in finding a political solution to the situation in Idlib, since it does not want to be drawn into a long-term conflict, the way it happened in Afghanistan.

On Wednesday, the top French diplomat highlighted the importance of a constructive dialogue with Russia and Turkey on a peaceful settlement in Syria. He noted that the constitutional reform in that country, which would guarantee the neutral situation during preparations for the elections, could accelerate the movement towards peace and withdrawal of foreign armed forces from Syria.