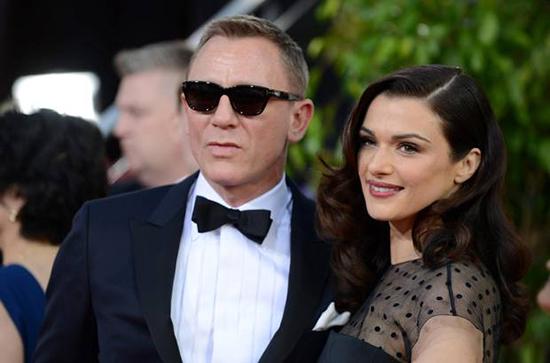 The 48-year-old actress and her husband Daniel Craig, 50 – who tied the knot in 2011 – have welcomed a daughter and friends say they are “very happy” with the new arrival, according to the Daily Mail.

Rachel has a son Henry, 12, with former fiancé, Darren Aronofsky and Daniel has a daughter Ella, 26, with his ex-wife Fiona Loudon.

Rachel first revealed her pregnancy in a newspaper interview in April, saying: “I’ll be showing soon. Daniel and I are so happy. We’re going to have a little human. We can’t wait to meet him or her. It’s all such a mystery.”

And friends have said that having a baby together was the “natural next step” for the couple, who live in New York.

A source previously said: “It’s not surprising that they want a child together. They are both smart and secure and having a child is a natural next step even though both have children from other relationships.

“They admire each other and want to keep their marriage alive and exciting. She is independent and their marriage is solid. Having a child is a natural desire. They have been married long enough to know each other which is a mature step to be sure nothing goes wrong.”

Rachel started dating Daniel in December 2010 and the loved-up couple tied the knot in New York City in June 2011.

The brunette beauty previously admitted that she and Daniel have made a conscious effort to keep their romance “private”.

Rachel explained that she’d never had an ambition to get married before she met Daniel.

Of their relationship, she said: “It’s very personal, it’s very private. I don’t think mine’s particularly exceptional apart from that we’re both in the public eye.

“But I never thought I would get married. It was not an ambition of mine. It was the opposite.”

In fact, Rachel revealed she didn’t even believe in the concept of romance in popular culture before the James Bond actor came into her life.

The actress also feels like she was only able to find happiness once she reached a more “mature moment”.

She shared: “I couldn’t relate to romantic comedies – marriage seems to be the whole point of them. Then it just happened, happily, at a more mature moment.”