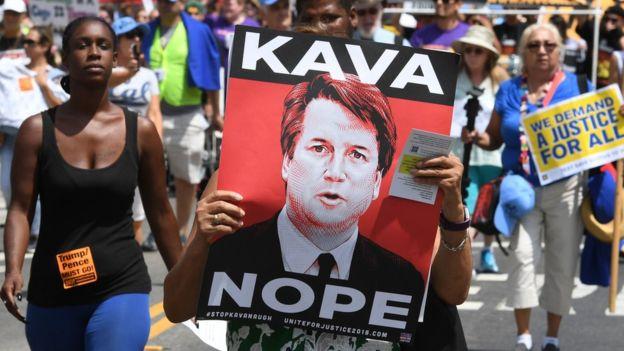 It’s Monday, it’s a new week, and while we won’t pretend we know everything that’s going to happen over the next seven days, we have some sense of what is coming up.

Here’s your briefing on some of the most important and interesting stories happening in the week ahead.

On Tuesday, confirmation hearings will begin into President Donald Trump’s nominee for the US Supreme Court, Brett Kavanaugh.

If he gets confirmed by the Senate, Mr Kavanaugh will help turn the Supreme Court in a more conservative direction for a generation.

As a result, the fate of divisive issues such as abortion and immigration could come into focus.

Mr Kavanaugh is likely to be confirmed, but he could face some awkward questions during the hearings.

Chief among them is likely to be: would you excuse yourself from ruling on a case involving the president who nominated you to the top court in the land?

2) How will Venezuela cope?

The economy in Venezuela, a country of about 30m people, is in freefall – experts warn inflation this year could hit 1,000,000%. So on Saturday, a new minimum wage, 3,400 times its previous level, came into force to try to help workers.

It’s far from the first time the government has raised the minimum wage – but it’s never done so to this extent.

This presents businesses, particularly small ones, with a problem: if they stay open and pay their employees the increased wage, they may be forced out of business. But because of price controls on many items, it will be hard for them to balance out the increased costs (a step that could repel customers anyway).

From early this week, we may get a sense of how businesses are coping and whether this move actually ends up making things worse.

More than two million Venezuelans have fled the country since 2014, with hundreds of thousands leaving for neighbouring countries in the past year.

On Sunday, 9 September, the Arirang Mass Games begin in North Korea. Prepare for enormous co-ordinated displays unlike anything else seen anywhere in the world.

They’re the first Games in five years, and are reportedly being held to give the people of North Korea a morale boost and to help the economy.

Tickets to each event reportedly cost up to €800 ($933; £717) – meaning the country could rake in good money at a time it is still under sanctions from many Western nations.

The colourful displays may well be striking, and will no doubt make headlines, but it’s important to remember that the UN says that children are forced to take part, or to help in the build-up.

How big will these Games be? If the sneaky satellite images taken in the past two weeks are any indication, they’re going to be very big indeed.

4) A final showdown in Syria?

The last big battle in the seven-year Syrian war looks like it could be about to begin.

There are about three million people living in north-western Idlib province, the last major area held by the opposition.

The province is dominated by jihadists and rebel fighters, though most of the people there are civilians. Many fighters and their families have been evacuated there from other rebel-held areas under truce deals with the government.

A major build-up of the military outside Idlib has already started and Russia, the Syrian government’s ally, has been stepping up its presence nearby in the Mediterranean Sea.

Meanwhile, Russia and Syria have accused rebel fighters of preparing to use chemical attacks in Idlib to blame pro-government forces.

5) Tech giants in the spotlight

Executives from Facebook, Twitter and Google will give evidence on Wednesday about what they are doing to stop foreign powers from using their online platforms to influence US politics.

We’re two months away from the US mid-term elections, that will help shape the country’s politics for the next two years and beyond.

After Russian attempts to influence voters in the 2016 presidential election via social networks, there’s a lot of attention on who might be trying to do the same this time around.

So are tech companies doing enough in 2018? What evidence have they seen that foreign powers are trying to meddle?