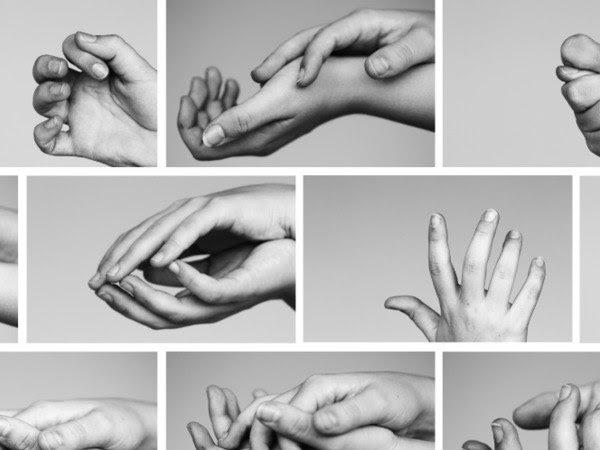 Chances are you use your hands all day every day, and therefore, get a good glimpse at them often. You might notice your chipped polish or a snagged nail when texting and blow it off for future you to worry about, but making sure your nails look healthy above all else is something you should pay attention to for maintaining your overall well-being.

“Healthy, well-groomed nails are not too long, and clean and even with one another,” Dana Stern, M.D., assistant clinical professor of dermatology at Mount Sinai Medical School and founder and CEO of Dr. DANA, the first dermatologist-developed nail care line, tells SELF. The white tips are white and even, the surface is smooth and has a subtle shine. “Nail beds are pink but not too purple/red. Cuticles are intact and well moisturized. Hangnails are absent.” Many of us may fall short on the “well-groomed” part between manicures, letting a chipped nail or a few hangnails slide during a hectic week. But when your nails start to look off for reasons beyond your failure to file or a weekend of yard work, it can be indicative of an internal health issue.

“There are many issues that present in the nail as [changes in] colors,” shape, and structure, Stern says. Here are some of the most common nail problems that could have an underlying cause that’s more than skin-deep.

Your nails are yellow.

Stern notes that most commonly, nails turn yellow because of nail polish use. But if you haven’t been chronically polishing, it could be something called yellow nail syndrome. “With yellow nail syndrome, nails appear thick and have a yellow/green hue,” Stern explains. “They frequently lack a cuticle as well as a lunula (the half moon at the base of the nail that is usually visible on the thumb and great toe).” This syndrome is a sign that the nails weren’t able to grow correctly, and is often due to a lung condition called bronchiectasis or lymphatic disease. “Bronchiectasis is a condition in which damage to the airways causes them to widen and become flabby and scarred,” Stern explains. It’s usually the result of an infection or another condition like lung cancer, and can compromise circulation, which effects nail growth. “Because bronchiectasis tends to be chronic, yellow nail syndrome does, too.” Problems with the lymphatic system can impact circulation, preventing “oxygen, nutrients, and blood from getting to extremities,” Stern explains, and sometimes causing yellow nail syndrome.

Your nails are white.

When the part of the nail closest to the cuticle is solid white and the distal part (the furthest section that’s still attached to the nail bed) is pink, this is called half-and-half nails. “It’s also referred to as Lindsey’s Nails,” Stern says. This half-and-half white coloring can be a symptom of kidney failure. When two thirds of the nail is completely white and just a sliver on the end of the nail bed is pink, it’s called Terry’s Nails. “This can be indicative of cirrhosis, congestive heart failure, or diabetes mellitus.”

Your nails have brown or black stripes.

A dark brown or black stripe along your nail, or brown pigments surrounding the nail, can potentially be melanoma]() of the nail. “Melanoma is a type of cancer that most people tend to associate with the skin; however, melanoma can arise in the nail as well,” Stern says. “The thumb, index finger and great toenail are the most common digits to have melanoma.”

She notes, though, that the majority of the time these pigmented black or brown bands are just benign moles or pigmentation—it’s most common in people with darker complexions because they tend to have more pigment producing melanocytes in their skin and nails. When the melanocytes are stimulated, usually through trauma to the cuticle (aggressive and repetitive cuticle pushing, cutting, picking, or biting), “these cells begin to produce pigment, appearing as a brown, length-wise band in the nail.”

Since it’s very difficult to distinguish early melanomas from benign pigments, “it is imperative to see a dermatologist for a thorough exam and consultation.” Nail melanoma tends to be diagnosed late, but if you catch it early, it’s treatable.

This is called koilonychia, and it can indicate iron-deficiency anemia or other disorders where iron is not metabolized correctly, like hemochromatosis and Plummer-Vinson Syndrome, which happens after long-term, chronic iron-deficiency anemia. “Treating the iron issue can help to normalize the nails,” Stern says. “Anyone who suddenly develops spoon-shaped nails should have a work up by their physician.” It also can simply be a normal age-related change, she adds.

Your nails are growing with a downward curve.

If your nails are curving down and have a rounded edge—kind of like upside down spoons—this could be a sign of clubbing. Clubbing can even make the tips of your fingers appear swollen or bulging. Clubbing is typically caused by lack of oxygen in the blood, so it can happen with many different heart or lung diseases. Lung cancer is the most common cause, but congenital heart problems or infections of the heart or lung can also give nails this clubbed appearance. It may also be a sign of IBD or another inflammatory problem in the GI tract, like celiac’s disease.

Your nails have small dents in the surface.

This phenomenon is called pitting. When pitting shows up with no apparent pattern, it’s typically indicative of psoriasis, but can also be related to connective tissue disorders like Reiter’s syndrome (a type of arthritis triggered by an infection elsewhere in the body). When pitting shows a regular pattern, it can be a sign of alopecia areata, a type of hair loss caused by an autoimmune response.

Your nails are separating from the nail bed.

This condition, called onycholysis, is common. It’s typically painless, and is usually more likely to happen if you’ve got longer nails. The most common cause is simply trauma to the nail. But it is also associated with psoriasis. If separation happens suddenly and in many nails, it can be a sign of hyperthyroidism, Stern notes.