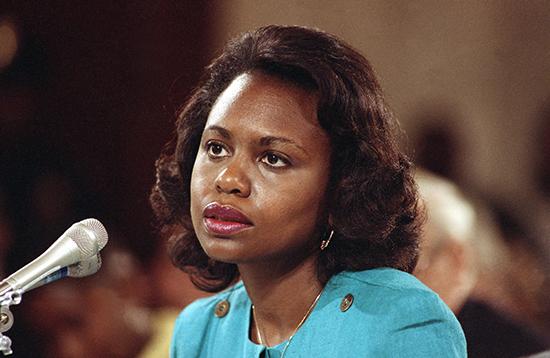 The Senate Judiciary Committee has a chance to do better by the country than it did nearly three decades ago.

Ms. Hill is a professor at Brandeis University.

The facts underlying Christine Blasey Ford’s claim of being sexually assaulted by a young Brett Kavanaugh will continue to be revealed as confirmation proceedings unfold. Yet it’s impossible to miss the parallels between the Kavanaugh confirmation hearing of 2018 and the 1991 confirmation hearing for Justice Clarence Thomas. In 1991, the Senate Judiciary Committee had an opportunity to demonstrate its appreciation for both the seriousness of sexual harassment claims and the need for public confidence in the character of a nominee to the Supreme Court. It failed on both counts.

As that same committee, on which sit some of the same members as nearly three decades ago, now moves forward with the Kavanaugh confirmation proceedings, the integrity of the court, the country’s commitment to addressing sexual violence as a matter of public interest, and the lives of the two principal witnesses who will be testifying hang in the balance. Today, the public expects better from our government than we got in 1991, when our representatives performed in ways that gave employers permission to mishandle workplace harassment complaints throughout the following decades. That the Senate Judiciary Committee still lacks a protocol for vetting sexual harassment and assault claims that surface during a confirmation hearing suggests that the committee has learned little from the Thomas hearing, much less the more recent #MeToo movement.

With the current heightened awareness of sexual violence comes heightened accountability for our representatives. To do better, the 2018 Senate Judiciary Committee must demonstrate a clear understanding that sexual violence is a social reality to which elected representatives must respond. A fair, neutral and well-thought-out course is the only way to approach Dr. Blasey and Judge Kavanaugh’s forthcoming testimony. The details of what that process would look like should be guided by experts who have devoted their careers to understanding sexual violence. The job of the Senate Judiciary Committee is to serve as fact-finders, to better serve the American public, and the weight of the government should not be used to destroy the lives of witnesses who are called to testify.

Here are some basic ground rules the committee should follow:

Refrain from pitting the public interest in confronting sexual harassment against the need for a fair confirmation hearing. Our interest in the integrity of the Supreme Court and in eliminating sexual misconduct, especially in our public institutions, are entirely compatible. Both are aimed at making sure that our judicial system operates with legitimacy.

Select a neutral investigative body with experience in sexual misconduct cases that will investigate the incident in question and present its findings to the committee. Outcomes in such investigations are more reliable and less likely to be perceived as tainted by partisanship. Senators must then rely on the investigators’ conclusions, along with advice from experts, to frame the questions they ask Judge Kavanaugh and Dr. Blasey. Again, the senators’ fact-finding roles must guide their behavior. The investigators’ report should frame the hearing, not politics or myths about sexual assault.

Do not rush these hearings. Doing so would not only signal that sexual assault accusations are not important — hastily appraising this situation would very likely lead to facts being overlooked that are necessary for the Senate and the public to evaluate. That the committee plans to hold a hearing this coming Monday is discouraging. Simply put, a week’s preparation is not enough time for meaningful inquiry into very serious charges.

Finally, refer to Christine Blasey Ford by her name. She was once anonymous, but no longer is. Dr. Blasey is not simply “Judge Kavanaugh’s accuser.” Dr. Blasey is a human being with a life of her own. She deserves the respect of being addressed and treated as a whole person.

Process is important, but it cannot erase the difficulty of testifying on national television about the sexual assault that Dr. Blasey says occurred when she was 15 years old. Nor will it negate the fact that as she sits before the Senate Judiciary Committee, Dr. Blasey will be outresourced. Encouraging letters from friends and strangers may help, but she cannot match the organized support that Judge Kavanaugh has. Since Dr. Blasey and Judge Kavanaugh have the same obligation to present the truth, this imbalance may not seem fair.

But, as Judge Kavanaugh stands to gain the lifetime privilege of serving on the country’s highest court, he has the burden of persuasion. And that is only fair.

In 1991, the phrase “they just don’t get it” became a popular way of describing senators’ reaction to sexual violence. With years of hindsight, mounds of evidence of the prevalence and harm that sexual violence causes individuals and our institutions, as well as a Senate with more women than ever, “not getting it” isn’t an option for our elected representatives. In 2018, our senators must get it right.