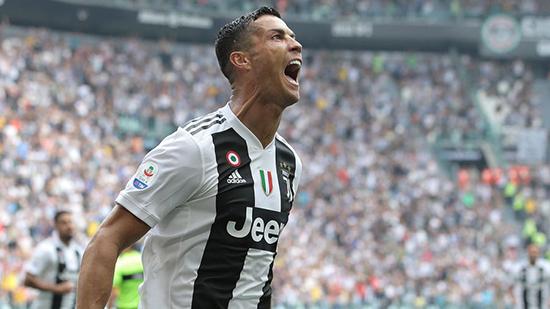 Both Manchester clubs are in Champions League action on Wednesday night. Tom Carnduff looks at the best bets across Europe.

Manchester City kick-off their Group F campaign at home to Lyon, and Pep Guardiola will fancy his side for victory in this encounter.

The hosts have picked up where they left off last season, winning four and drawing one of their opening five games to the new campaign.

Not many, if any, teams will get much at the Etihad Stadium this season, and Lyon’s current away form does little to suggest that they will fall into that small group.

Olympique have lost to Reims and drawn with Caen in their two games away from the Groupama Stadium so far, that mixed start puts them 7th in the Ligue 1 standings.

The issue with City is that they’re so strong at home, which makes most markets odds-on in their favour.

However, there is value in backing goals, and while over 2.5 may be a short price, a Sergio Aguero assist does look intriguing at 3/1.

The City striker is probably better know for scoring goals, but he does provide more assists than you might think. He already has two this season, alongside the seven he grabbed during 2017/18.

Guardiola’s side have goals throughout given their style of play, with Leroy Sane and Raheem Sterling created a dangerous trio with Aguero.

City should grab goals here, which is reflected in the 4/5 price available on there to be four or more in the match, and that will see Aguero heavily involved.

The pressure has eased on Manchester United boss Jose Mourinho with his side bouncing back from defeats against Brighton and Tottenham with consecutive victories over Watford and Burnley.

They’ve got a more favourable tie to kick off this season’s European campaign, and that could see game time handed to those who need it.

According to Tuesday’s papers, this fixture should see Marcus Rashford handed a start, and there is definitely value in backing him to strike anytime.

The 20-year-old has been limited to substitute appearances for the majority of this season, although he missed last week’s win at Vicarage Road after being sent off against Burnley.

He has been in good form though, scoring two in two for England during the last international break and he will be key if United are to wrap up victory away from home.

It’s been a great start for Young Boys in the Swiss League, sitting top of the table having won all six games this season.

This will be a much tougher test though, with Young Boys’ poor record against English clubs highlighting the gulf in quality between the two sides.

Mourinho’s men will be eager for victory here, and Rashford is more than equipped to get himself onto the scoresheet.

Group F also sees Valencia take on Juventus with the Italian giants keen to try and rival United for top spot at the end of this stage of the competition.

Given the contrasting form of these two sides, it’s difficult to see anything other than an away win here.

Valencia are still waiting for their first win of the season after three draws sees them sit in 17th in the La Liga standings, level on points with Vallecano in the last relegation spot.

Juventus, on the contrary, have started the new Serie A campaign as expected. They’ve won four from four, scoring nine goals in the process.

Cristiano Ronaldo had struggled for goals, but his brace in the win over Sassuolo last time out will only benefit him in the long-run as he looks to settle in at a new club following a lengthy spell at Real Madrid.

This competition has felt like Ronaldo’s in recent years, but they have a striker in Mario Mandzukic who can exploit this Valencia side.

He has two on his tally already this season, and managed to net ten times during the 2017/18 campaign despite picking up a few injuries along the way.

A best price of 21/10 is available on him to strike anytime in this encounter. Juventus are expected to be on top given the strength they have in comparison to their opponents, and having someone as creative as Ronaldo alongside him should only enhance his goalscoring opportunities.