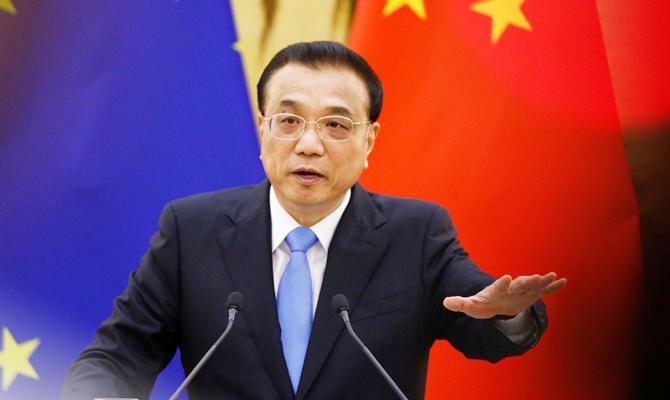 China has no intention of weakening its currency to help exporters and will not engage in any form of “competitive devaluation” of its exchange rate, Chinese Premier Li Keqiang said on Wednesday, a day after the latest tit-for-tat measures in the US trade war.

Li told the World Economic Forum in Tianjin that Beijing had not manipulated the exchange rate of yuan to cope with trade tensions, rejecting speculation that the Chinese government deliberately engineered the 8 per cent depreciation of the yuan seen since March to offset the effects of US tariffs on Chinese imports.

“Some people think China deliberately [devalued the yuan]; this is groundless,” Li said, in an indirect response to US President Donald Trump’s allegations that Beijing is manipulating its currency.

“A one-way depreciation will do more harm than good for China,” Li told hundreds of business and political leaders at the event, entitled the Annual Meeting of the New Champions.

“China will not choose the path of bolstering exports by devaluing the yuan … the yuan exchange rate will be kept basically stable.”

The trade dispute between the world’s two largest economies has so far remained largely restricted to tariffs on goods and has not spread to other financial realms, despite repeated threats from Trump, dating back to the 2016 election campaign, that he would label China as a currency manipulator.

Trump on Monday announced that the US would levy tariffs on an additional US$200 billion in Chinese imports, with the tariff starting at 10 per cent on September 24 and rising to 25 per cent on January 1 if China does not make trade concessions.

In addition, Trump again threatened to “pursue phase three” of tariffs on US$267 billion worth of Chinese goods, affecting almost all the remaining Chinese imports into the US.

Beijing immediately retaliated on Tuesday by announcing tariffs of between 5 per cent and 10 per cent on US$60 billion worth of US imports.

Li, the number two official in the Chinese government, did not mention Trump or the US in his speech, although he did say that “unilateralist acts in any form won’t solve problems”.

He reiterated Beijing’s official line that China would accelerate its plan to open up to the outside world and uphold international free trade rules.

“I welcome you filing complaints to the Chinese government, including all levels of governments, if you have any problem in doing businesses in China,” Li said.

Li also ruled out a massive stimulus programme to offset the economic impact of the trade war, saying the government would fine-tune its fiscal and monetary policies to cope with the economic challenge.

“We have many tools in reserve and so our macroeconomic policies are able to manage difficulties and challenges,” he said.

In July, the Politburo, the top decision-making body, ordered the government to implement policies to stabilise the economy, including investment, trade, finance and employment. The government responded by expanding fiscal spending and loosening monetary policies.

At a State Council meeting on Tuesday, Li urged local governments to cut fees and taxes for businesses and, in particular, not proceed with tighter social insurance tax collection policies without Beijing’s prior approval.