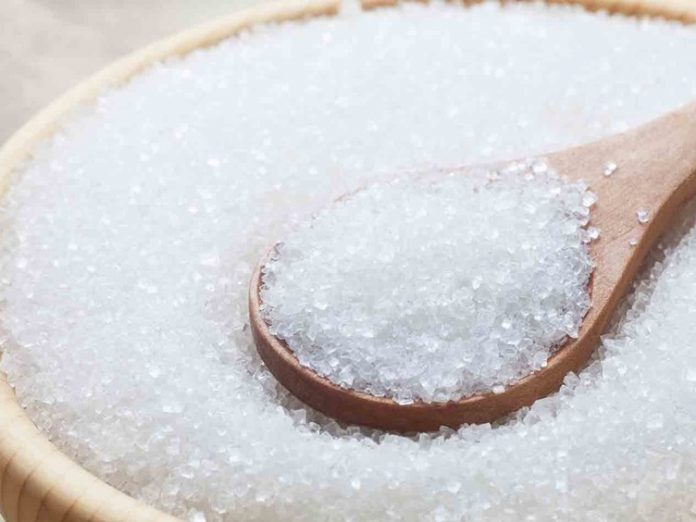 Sarah Wilson became a celebrity among healthy living circles in 2012 after she wrote the best-selling book I Quit Sugar. After the book’s success, Wilson launched an eight-week eating program and several cookbooks—all with the overarching theme that it’s smart to cut back on sugar consumption. Now, she’s sharing more advice on how to eat less of the sweet stuff on a daily basis—but while it’s true that you shouldn’t go overboard on sugar, experts say you don’t have to get too extreme in your efforts to scale it back, either.

In a new interview with Australian website 9Kitchen, Wilson says it’s important to “have a distinct morning routine to set the intention for the day.” For her, that includes exercising first thing, showering, and eating plenty of vegetables in her breakfast.

Wilson also strongly recommends that people avoid sugar in the A.M. “Breakfast cereals…can contain scary amounts of sugar for a meal meant to set up your day,” she says. She’s not big on having juice, either. “Apple juice—even if it’s freshly squeezed or organic—[can contain] the same amount of sugar as a can of cola,” she says. Foods that are touted as “low-fat,” like many dairy products, are also secret sugar sources since companies often add sweeteners to make up for the lack of flavor and texture, she says.

Her advice: “Just give sugar a skip. Eat protein, vegetables, and good-quality fats instead, and you’ll be set up for the day.” While this is a fit for Wilson’s lifestyle, experts say it’s fine to include a bit of sugar in your breakfast if that’s what works for you.

“Not all sugar is bad,” Gina Keatley, a C.D.N. practicing in New York City, tells SELF. “In fact, it is necessary for proper functioning.” The current U.S. Dietary Guidelines recommend that people have no more than 10 percent of their daily calories from added sugars, but that doesn’t include natural sugars found in things like fruit, vegetables, and unsweetened dairy products.

While Keatley points out that there’s no caloric difference between added sugar, i.e., sweeteners added to foods as they’re processed or prepared, and naturally occurring sugar, i.e., sugar that’s already present in unprocessed foods, they can impact your body differently. “An apple comes with its own supply of fiber,” she explains, which helps slow down your body’s absorption of sugar. Since added sugar isn’t buffered by any fiber or other nutrients to slow the breakdown, your body responds to it very quickly, New York-based Jessica Cording, R.D., tells SELF. As a result, your body will experience a spike in blood sugar, followed by a crash that can leave you feeling tired, cranky, and hungry again soon after you’ve eaten.

Beyond fiber, fruit also has many other helpful nutrients that your body needs, while something like sugary cereal has no nutritional benefit, Samuel Accardi, R.D., lead dietitian for The Charge Group, tells SELF. While it’s not a huge deal to eat food with added sugar every so often, Cording says the sugar-spike-then-crash cycle can have a lasting impact on your overall health if you’re regularly eating foods with a lot of extra sweeteners. “In the long-term, that can lead to weight gain and impaired blood sugar management, which can develop into diabetes,” she says. Non-alcoholic fatty liver disease, a condition in which fat accumulates in the liver, impacting the organ’s ability to function, and chronic kidney disease are also concerns, Keatley says.

If you want to try to cut back on added sugar in your diet, Keatley recommends scaling back incrementally. “If you try to remove it all at once, you may find that your food no longer tastes good and you’ll fall off the wagon,” she says. Keatley says it’s a good idea to start by evaluating your drinks, since most Americans get their added sugar in liquid form. For example, try asking for less chocolate syrup in your daily mocha, and eventually scale it back to a latte, or switch from soda to seltzer water. On that note, drinking plenty of water can be helpful too, Cording says, because even mild dehydration can make you feel fatigued—and that causes a lot of people to reach for products heavy in added sugar.

When it comes to food, instead of completely slashing sugar, try to combine it with sources of fat, fiber, and protein to help you feel fuller longer and avoid energy spikes and crashes, Keatley says. If you’re not sure where your added sugar is coming from, Accardi recommends writing down what you eat on a regular basis. “This will let you physically see where the extra sugar is coming in,” he says. He also recommends looking at nutrition labels and ingredient lists to see how many grams of sugar are in the food you’re eating, since some foods like tomato sauce and flavored yogurt can be sneaky sources of added sweeteners.

The right amount of sugar for you ultimately depends on how the sweet stuff makes you feel. “Everyone’s tolerance and tendency to become dependent on sugar is different,” Cording says. “Some people find they do OK incorporating some naturally sweet foods into balanced meals and snacks, and others find they still get a dramatic response and need to keep that to a minimum.”