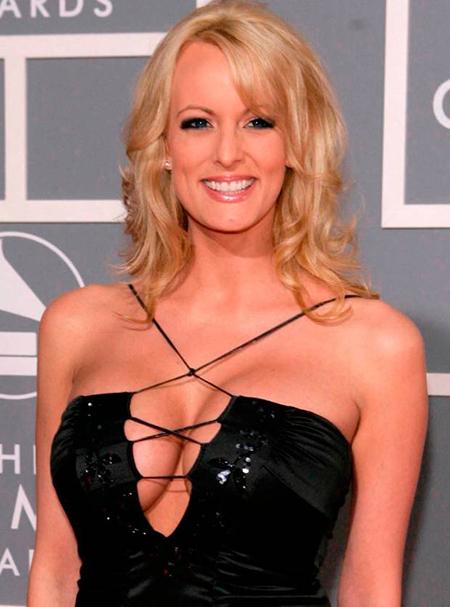 Stormy Daniels has claimed Donald Trump offered to help her cheat her way to victory on ‘The Apprentice’ as she revealed salacious new details of their alleged affair.

She also gives disparaging details about the 72-year-old US president’s genitals and physical appearance, and calls their liaison “the least impressive sex I’ve ever had”.

In her book, ‘Full Disclosure’, a copy of which was seen by the ‘Guardian’, Ms Daniels claims Mr Trump repeatedly called her over the next year promising to put her on ‘The Apprentice’.

“We’ll figure out a way to get you the challenges beforehand,” she quotes him as saying.

Ms Daniels also writes that for years afterwards the sight of Mr Trump on television for years caused her to think, ‘I had sex with that.’

“It may have been the least impressive sex I’d ever had, but clearly, he didn’t share that opinion,” she wrote.

Ms Daniels also claims that shortly before they had sex, Mr Trump received a call from Hillary Clinton, who he defeated in the 2016 presidential election.

At the time, Ms Clinton was running against Barack Obama to be the Democratic presidential nominee.

“He had a whole conversation about the race, repeatedly mentioning ‘our plan’,” writes Ms Daniels.

The president has denied having sex with Ms Daniels, but admitted reimbursing his lawyer for a $130,000 hush-money payment to her shortly before the 2016 election.

Mr Trump’s lawyer, Michael Cohen, has since pleaded guilty to a campaign finance violation over the payment, saying he was directed to do it by the then candidate.

Meanwhile, the president was accused of a “clear abuse of power” yesterday after he ordered the declassification of documents and FBI texts relating to the Russia investigation.

The deal means Manafort has agreed to co-operate with Mr Mueller in his inquiry into Russian interference in the 2016 election.

The White House said Mr Trump ordered the move “at the request of a number of committees of Congress, and for reasons of transparency”.

But Democrats accused him of exposing material which should be kept confidential in a “reckless attempt” to deflect from the progress of the inquiry.

The first part of the order refers to a surveillance application relating to Mr Trump’s former adviser, Carter Page.

The president also directed the public release of all texts from officials including sacked FBI director James Comey.

Republicans said the move would allow the public to see the workings of the FBI and Justice Department.