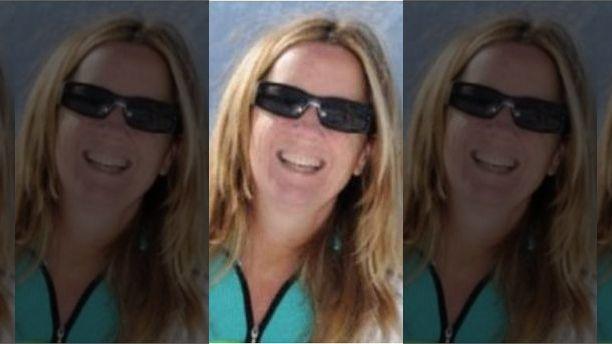 The sexual assault allegation first came to light in the form of a letter obtained by Sen. Dianne Feinstein, D-Calif., who sent shockwaves through Washington when she announced last week she forwarded it to the FBI. Feinstein is the top Democrat on the Judiciary Committee, which is tasked with deciding whether to formally recommend a Supreme Court nominee to the full Senate for a vote.

But Ford publicly came forward in an interview with The Washington Post over the weekend, saying her “civic responsibility is outweighing my anguish and terror about retaliation.”

She has accused Kavanaugh of pinning her to a bed during a house party in Maryland in the early 1980s, attempting to remove her clothes and putting his hand over her mouth when she tried to scream. At the time of the alleged incident, Ford was 15 and Kavanaugh was 17, she said, adding that Kavanaugh was drunk.

“I thought he might inadvertently kill me,” Ford said. “He was trying to attack me and remove my clothing.”

She said she was able to escape when Mark Judge – a friend of Kavanaugh’s who has come to his defense after the allegations became public – jumped on top of them.

Kavanaugh has denied the allegations, saying, “I categorically and unequivocally deny this allegation. I did not do this back in high school or at any time.” Judge said he has no recollection of the alleged events.

Kavanaugh has said he’s willing to testify about the allegations before the Judiciary Committee, and a hearing has been scheduled for Sept. 24. While Ford’s attorney has indicated she would be willing to appear before lawmakers, Ford has not yet accepted an invitation to do so.

Read on for a look at four things to know about Ford.

Ford is a college professor

Ford is a clinical psychology professor at Palo Alto University in California. A biostatistician, she “specializes in the design and analysis of clinical trials and other forms of intervention evaluation,” according to the university.

Her work has also been published in several academic journals, covering topics such as 9/11 and child abuse.

Ford has also taught and worked at Stanford University since 1988, according to a Holton-Arms’ alumni magazine, the Bethesda, Maryland, school from where she graduated, The Wall Street Journal reported. She teaches at both schools in consortium, according to the newspaper.

The magazine also noted she is an “avid surfer, and she and her family spend a great deal of time surfing in the Santa Cruz and San Francisco areas.”

Her husband has backed her allegations

Russell Ford, her husband, also told The Washington Post that his wife detailed the alleged assault during a couple’s therapy session in 2012. During therapy, he said his wife talked about a time when she was trapped in a room with two drunken boys, and one of them had pinned her to a bed, molested her and tried to prevent her from screaming.

He said he remembered his wife specifically using Kavanaugh’s name. She said during the session, Russell Ford recalled, she was scared he would one day be nominated to the Supreme Court.

Ford provided a copy of the therapist’s notes to The Washington Post, which detailed her recollection of being assaulted by young men “from an elitist boys’ school” who would become “highly respected and high-ranking members of society in Washington.”

Additional notes from a later therapy session said she discussed a “rape attempt” that occurred when she was a teenager, The Washington Post reported.

Ford is a registered Democrat who has given small monetary donations to political causes, according to The Washington Post.

She has donated to ActBlue, a nonprofit group that aims to help Democrats and progressive candidates, The Wall Street Journal reported.

She is also among the thousands of medical professionals who signed onto a Physicians for Human Rights letter in June decrying the practice of separating children from their parents at the border and urging the Trump administration to stop it.

Once it was clear that Kavanaugh was President Trump’s pick to replace retired Justice Anthony Kennedy on the Supreme Court, Ford contacted The Washington Post’s tip line, according to the newspaper.

She also contacted her representative in Congress, Democrat Anna Eshoo. She sent a letter to Eshoo’s office about the allegations that was passed onto Feinstein.

After she retained the services of Debra Katz, a Washington, D.C.-based attorney, she took a polygraph test administered by a former FBI agent. According to the results shared with The Washington Post, the test concluded that Ford was being honest.

Fox News’ Gregg Re and The Associated Press contributed to this report.