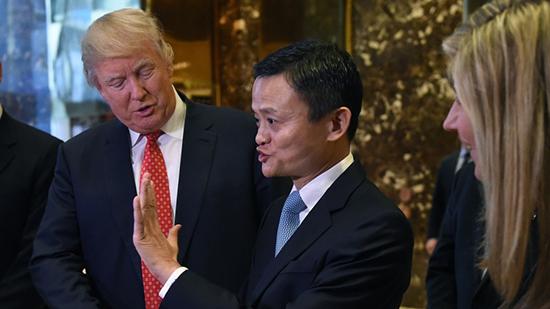 Alibaba’s executive chairman Jack Ma has said that his promise to Donald Trump to create one million jobs in the US is no longer valid and viable after Washington slapped Beijing with new round of tariffs on $200bn worth of goods.

When Jack Ma met president Trump in January 2017, he laid out a five-year vision which would create one million jobs in the United States. Instead of building factories, or establishing Alibaba operation centers in the US, the Chinese billionaire expressed hope that small American businesses can sell goods to consumers in China thereby creating more domestic jobs in the US. Just over eighteen months down the line, Trump and his protectionist trade practices seem to have ruined these prospects for small businesses, such as farmers and small clothing makers, who could have tapped the Chinese market.

“This commitment is based on friendly China-US cooperation and the rational and objective premise of bilateral trade,” Ma said Wednesday. “The current situation has already destroyed the original premise. There is no way to deliver the promise.”

While promising to “promote the healthy development” of Sino-US trade, the 54-year-old entrepreneur noted that the “previous basis for trade has been undermined,” amid ongoing trade conflict between the world’s two largest economies.

“Trade is not a weapon and cannot be used for wars,” he added, in an exclusive interview with Xinhua news agency. “Trade should be the propeller of peace.”

Ma, who recently announced his departure as the chairman of the Chinese retail giant next year, slammed Trump’s policies just two days after Washington announced a 10 percent tariff on another $200 billion worth of Chinese goods. Beijing hit back on Tuesday with levies on $60 billion of US products.