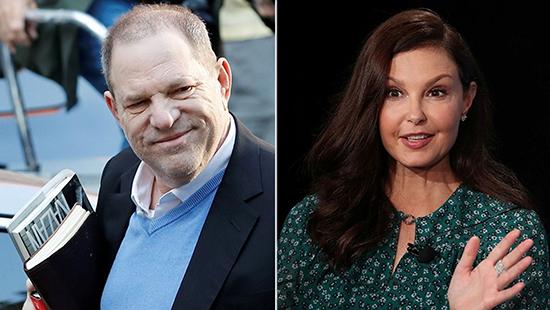 Ashley Judd will reportedly be allowed to pursue her defamation lawsuit against disgraced Hollywood producer Harvey Weinstein, a judge ruled on Wednesday – but her sexual harassment claim against the mogul has been dismissed.

Judd’s lawsuit stems from an alleged hotel encounter between herself and Weinstein roughly two decades ago, according to The Hollywood Reporter. She claimed she was ultimately able to leave after reportedly striking an agreement with Weinstein that if she snagged a coveted Academy Award, he would be permitted to touch her.

Sometime after that encounter, the actress claims her potential casting in “Lord of the Rings” was thwarted when either Weinstein or a person within his company, Miramax, labeled her a “nightmare” on set, THR reported. The revelation was reportedly only brought to her attention in late 2017 after director Peter Jackson disclosed it during an interview.

While reportedly allowing the defamation and interference claims, Judge Philip Gutierrez chose to dismiss Judd’s sexual harassment claim, determining that the California law she was suing under was not applicable to the professional relationship she and Weinstein had at the time of the encounter, according to The Associated Press.

He allowed Judd a month to amend and attempt to revive that section of the lawsuit.

The ruling follows a court hearing a day prior in which Weinstein sought to have all of the allegations thrown out, THR reported.

Alan Arkin on Hollywood success: ‘I was miserable pretty much all of the time’