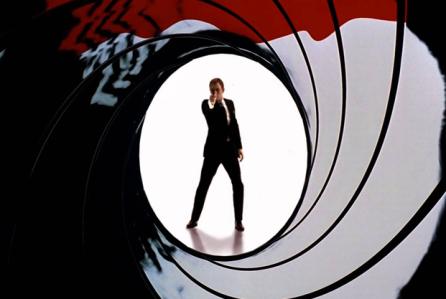 Eon Productions and MGM have set Cary Joji Fukunaga as the new director who’ll mount James Bond 25 with Daniel Craig in the starring role. Filming will begin March for a worldwide release date of February 14, 2020. MGM will distribute domestically, and Universal releases the film in international territories, after it won a hotly contested auction last May.

Producers Michael G. Wilson and Barbara Broccoli and the studio met numerous helmers after Danny Boyle dropped out over creative differences, this after they sparked to the filmmaker’s concept and hired his Trainspotting screenwriter John Hodge to write it. Sources said that it was a big creative swing, and they mutually decided it would be better to go back to the project they planned to make with venerable 007 scribes Neal Purvis and Robert Wade.

Fukunaga directed the critically acclaimed Beasts of No Nation for Netflix.

The producers just confirmed Fukunaga’s hire. “We are delighted to be working with Cary. His versatility and innovation make him an excellent choice for our next James Bond adventure,” said Wilson and Broccoli.

It was expected that 007 would lose its 2019 release date, and the producers have confirmed that. Craig committed to make the whodunit Knives Out with Looper director Rian Johnson in November, expecting to return his attention to the Bond franchise right after that. Media Rights Capital won an auction at the start of the Toronto International Film Festival for world rights on that film, and sources said MRC paid upwards of $50 million for the privilege. MRC will now look to set its own distribution deals on that film, with Universal a likely participant in that film as well.

This ends a long search for the 007 helmer who’ll guide Daniel Craig through the last film on his existing contract. There have been numerous names in the mix, and it was clear that they very much liked Denis Villenueve, who committed to directing back to back installments of Dune for Legendary, with Timothee Chalamet set to star in the adaptation of the Frank Herbert novel. Others who were heavily considered in this latest go around included Jean-Marc Vallee, who was also unavailable. Others heavily rumored included ’71 and White Boy Rick helmer Yann Demange and Hell or High Water helmer David Mackenzie, and also Baby Driver director Edgar Wright. Names we also heard had meetings included Edward Berger, who helmed the series Patrick Melrose and Terror, as well as Deutschland 83.

But the job goes to Fukunaga, who showed his style directing and executive producing the memorable first season of HBO’s True Detective, which starred Matthew McConaughey and Woody Harrelson and really showed the promise of longform storytelling on the small screen. He also was one of the screenwriters on It, the Andy Muschietti-directed adaptation of the Stephen King thriller. Fukunaga wrote on that project when he was going to be the director. Fukunaga is repped by WME and Anonymous Content.