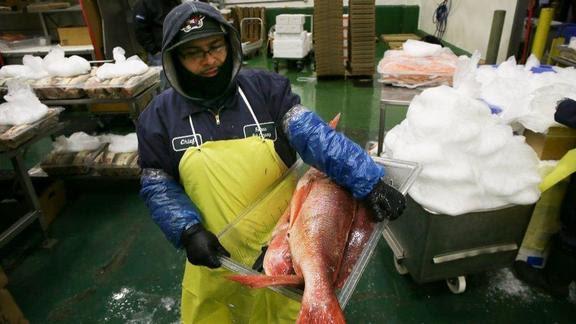 The Trump administration is preparing to impose tariffs on another $200 billion worth of goods imported from China, and for consumers, there’s good news and bad news.

The good news: You might be able to knock out your holiday shopping without feeling much extra pinch from the latest round of tariffs.

The bad news: Local companies say the costs eventually will start trickling down to consumers, be they drivers looking to avoid speed traps or quilters buying fabric for their next projects.

David French, senior vice president of government relations at the National Retail Federation, said retailers are making adjustments to avoid a significant impact on prices ahead of the holidays.

The new tariffs President Donald Trump announced this week are on top of tariffs imposed on $50 billion worth of products earlier this year. The administration says the tariffs are meant to put pressure on China to change its trade practices. The latest round, expected to go into effect Monday, will start at 10 percent before climbing to 25 percent on Jan. 1.

Many retailers have already imported merchandise they expect to sell during the holiday season or signed contracts locking in pre-tariff prices, French said. But those steps only postpone the point when extra costs kick in. It can take months or years for retailers to move supply chains to avoid tariffs, he said.

Here’s how four companies with a Chicago-area presence say the tariffs could affect their businesses and, eventually, consumers:

Cedar Electronics is already feeling the pinch from previous tariff rounds. The Chicago-based company manufactures radar detectors, marine radios and other communication devices under brand names including Cobra and Escort. About 60 percent of its products will be affected, either by a 25 percent tariff already in place or the new tariffs set to go into effect Monday.

The company is looking at rejiggering supply chains and working on how to mitigate the tariffs’ impact on its bottom line. But many prices for consumer electronics have already been set for the holiday season, CEO Chris Cowger said.

“Between now and the end of the year, we’re going to eat the cost,” he said.

Cedar plans to finalize 2019 prices on consumer products within the next week, Cowger said. Though nothing is set, he said he expected that at least half the cost of the 25 percent tariff — which would hit the company’s marine and citizens band radios — would be passed on to customers.

Earlier this year, the company moved one of its manufacturing facilities to Ohio from the Philippines. Now, parts brought to that plant from China are subject to the tariffs. It feels like a punishment for bringing manufacturing to the U.S., Cowger said. Still, he said layoffs at Cedar would be a last resort.

The list of items subject to the latest round of tariffs includes more than seven pages devoted to seafood products, from abalone to turbot.

Only about 5 percent of the seafood Bensenville-based Fortune International sells to restaurants, grocers and others would be affected by tariffs expected to go into effect Monday, said Sean O’Scannlain, the company’s president and CEO.

Still, O’Scannlain said he worries that countries that are a bigger source of business, like Canada, Thailand and Vietnam, could be next in line.

“We in the industry and company firmly believe free trade is for both countries involved and consumers,” O’Scannlain said. “… The idea that trade is bad just baffles me.”

To minimize the expected impact on Fortune’s business, O’Scannlain said he sped up delivery on a few containers so they would arrive before tariffs went into effect, but that’s not a long-term solution, he said.

Margins in the industry are tight, which means extra costs will have to be passed along, O’Scannlain said. But since fish is already more expensive than other meats, some buyers might simply switch to alternatives, he said.

The company recently got a $36,000 order for Chinese tilapia from a meal kit company that has to keep food costs low to be able to offer kits at a price consumers will pay.

“Tilapia is great because it’s cost-effective, but if the cost goes up 25 percent because of tariffs, I don’t think they’re going to reorder,” O’Scannlain said.

The “Made in America Tax” petition site received nearly 100,000 signatures, according to the company. But only two items were removed in the government’s revised tariff list published Monday: fleece and woven man-made fabric.

“There were a very small percentage of codes removed from the list, and we’re glad these items were among them,” said Amanda Hayes, a Joann spokeswoman, said in an email Tuesday.

The 75-year-old Cleveland-based company has 850 stores in 49 states, Hayes said. The privately owned company does not disclose annual revenue, but pegged the crafting industry at $44 billion in annual revenue on its petition website.

Hayes said Joann sources about two-thirds of its goods from China.

With the 10 percent tariffs set to kick in Monday, Joann must decide how much of the increased cost to pass along to consumers.

“We are exploring all options at this time to minimize price increases while remaining a healthy and profitable company,” Hayes said.

Bob Jones, president of American Sale, said some of the Chicago-area retailer’s furniture and pool business could be hit by tariffs expected to go into effect Monday.

Customers might not notice the impact until spring or summer, Jones said. But vendors have said they plan to raise the prices Jones pays, and he expects to start having to pay the tariff on products he orders directly from China as they arrive at customs.

“We’re going to have to raise prices,” he said. “We don’t work on margins that would allow us to absorb that, and I don’t know of any retailer we compete with that isn’t in the same boat.”

If the tariffs stick around, Jones said he would look into options for sourcing products he buys in China in countries not subject to tariffs. But China’s advantage wasn’t just about cheap prices, he said. Suppliers in other countries don’t always offer the same quality or the infrastructure for easily shipping goods, he said.

Jones said he’d like to be able buy strictly U.S.-made products, but they tend to be more expensive and he likes to stock items at a range of prices to give customers options.

“I can’t just buy from domestic manufacturers because then I’d only sell to a certain group of people, and we want to sell to everybody,” he said.

Jones said he understands the tariffs are meant to push China to change trade practices the Trump administration considers unfair.

“We need to deal with that, I just would rather we do that in a way consumers didn’t have to suffer for it,” he said.