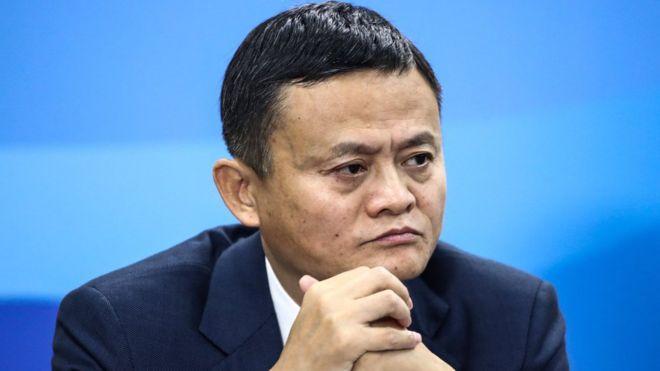 Alibaba founder Jack Ma, who once boasted his e-commerce firm would spur the creation of one million jobs in America, has rowed back on those plans.

Citing the ongoing trade war between the US and China, Mr Ma told China’s Xinhua news agency: “There is no way to complete the promise.”

It follows remarks by Mr Ma at Alibaba’s investor day that the trade tensions could continue for decades.

He had previously embraced the idea of expanding in the US.

In January 2017, Mr Ma met with US President Donald Trump, outlining a plan to increase Alibaba’s presence in America and strengthen relations between the two countries.

Alibaba said access to Chinese customers through its online marketplace would help US businesses grow and hire workers – as many as one million people over five years.

However, on Thursday Mr Ma said the pledge had been based on the idea of strong US-China relations, which have now turned sour.

“The current situation has already destroyed the original premise,” he said.

“There is no way to complete the promise, but we will not stop our efforts and will work hard to promote the healthy development of Sino-US trade.”

He added: “The trade in the world really needs to be perfected, but trade is not a weapon, it cannot be used for war, it should be a propeller for peace.”

Alibaba’s jobs pledge followed investments by the firm in US companies such as Snapchat and Jet.com, as well as efforts to launch a US online shopping site.

After their 2017 meeting, Mr Trump appeared positive, telling reporters, “Jack and I are going to do some great things.”

But the deal never moved forward as relations between the US and China deteriorated.

In August 2017, Mr Trump ordered an investigation of Chinese trade practices, accusing the country of unfair treatment of US companies.

The US has since announced tariffs of up to 25% on Chinese imports worth an estimated $250bn in trade in 2017. The newest round will go into effect next week.

China has retaliated by raising its own tariffs on US-made products. Analysts have also warned that US companies selling in China could face nationalist backlash against their products.