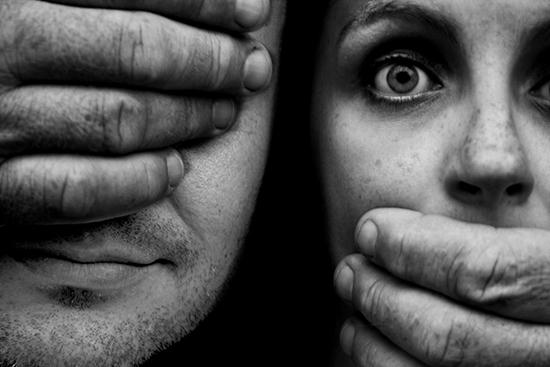 Christine Blasey Ford says she has a vivid memory of an attack that took place when she was 15. That makes sense.

By Richard A. Friedman-Dr. Friedman is a psychiatrist -The  New York Times

As a psychiatrist I know something about how memory works. Neuroscience research tells us that memories formed under the influence of intense emotion — such as the feelings that accompany a sexual assault — are indelible in the way that memories of a routine day are not.

That’s why it’s credible that Christine Blasey Ford, who has accused Judge Brett Kavanaugh, President Trump’s Supreme Court nominee, of sexually assaulting her when they were both teenagers, has a vivid recollection of the alleged long-ago event.

“I thought he might inadvertently kill me,” she told The Washington Post in a recent interview. “He was trying to attack me and remove my clothing.”

Judge Kavanaugh has vigorously denied the charges, leading to a public debate about whether Dr. Blasey’s story is true. Her lawyers say she wants the F.B.I. to investigate before she agrees to testify before the Senate. If and when she does testify, you can bet that Republican senators will try to undermine her explosive claim on the basis that the memory of an event that occurred 36 years ago must be unreliable because it happened in the distant past. If she does not testify, some of her critics will undoubtedly argue that the time that’s passed is reason to doubt her recollection. Nothing could be further from the truth.

The reason has to do with the way memories are encoded when a person is experiencing intense emotions. When people are assaulted, for example, they experience a surge of norepinephrine, a stress hormone that is a relative of adrenaline.

The role of norepinephrine in the enhancement of memory was demonstrated by a 1994 study in which researchers randomly gave subjects either propranolol, a drug that blocks the effect of norepinephrine, or a placebo just before they heard either an emotionally arousing story or a neutral one. Then they tested subjects’ memories of both stories a week later and found that propranolol selectively impaired recall of the emotionally arousing story but not the neutral story. The clear implication of this study is that emotion raises norepinephrine, which then strengthens memory.

That is why you can easily forget where you put your smartphone or what you had for dinner last night or last year. But you will almost never forget who raped you, whether it happened yesterday — or 36 years ago. There’s very little chance that you are, as some senators suggest Dr. Blasey is, “mixed up” or “confused.”

It is also important to note that what Dr. Blasey is describing in her report of sexual assault by Judge Kavanaugh is not a so-called recovered memory — one that a person believes he has recalled after having suppressed it for many years. Quite the opposite: It is a traumatic memory that she’s been unable to forget.

In the interview with The Post she said the assault “derailed me substantially for four or five years,” and had caused anxiety for years after that. Indeed, her therapist’s notes reflect that, in a 2012 session, she described an attack by students at an “elitist boys’ school” (Judge Kavanaugh attended a Georgetown prep school) who went on to become “highly respected and high-ranking members of society.”

Some commentators don’t dispute Dr. Blasey’s veracity. Instead, they deem an assault as described by Dr. Blasey as irrelevant to Judge Kavanaugh’s fitness to serve on the Supreme Court because he would have been just 17 years old and drunk at the time. We all know that teenagers are notoriously impulsive and should be forgiven for doing things like that, right?

Wrong. Sexual assault cannot be easily dismissed as youthful indiscretion or the product of alcoholic intoxication. First, alcohol does not create violent sexual impulses so much as it unleashes or magnifies pre-existing ones. And second, a sexual assault in which Brett Kavanaugh put his hand over a girl’s mouth to silence her would be in a far different category from a dumb but not character-revealing prank like shoplifting cigarettes. Teenagers are notorious risk-takers because, in part, the reward circuit of the brain develops long before the prefrontal cortex, the seat of reasoning and control. But that doesn’t mean they have no sense of right or wrong or that they are hard-wired to violate the rights of others.

Some are saying that Dr. Blasey’s accusation, even if true, is just one ancient example of admittedly egregious behavior in an otherwise upstanding person who, as President Trump attests, “never had even a little blemish on his record.”

Since teenagers change so much, these people say, bad behavior then isn’t necessarily predictive of adult behavior. Sure, but why take the risk for someone who will have so much power? Dr. Blasey’s accusation is credible and deserves a full investigation.

Richard A. Friedman is a professor of clinical psychiatry and the director of the psychopharmacology clinic at the Weill Cornell Medical College, and a contributing opinion writer.

Discover the most compelling features, reporting and humor writing from The New York Times Opinion section, selected by our editors.

Richard A. Friedman is a professor of clinical psychiatry and the director of the psychopharmacology clinic at the Weill Cornell Medical College, and a contributing opinion writer.