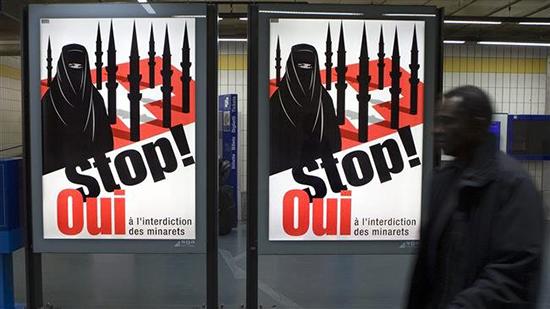 Another canton in Switzerland is set to vote on a controversial law that would prohibit Muslim women from wearing a face veil known as burqa, two years after the measure implemented in a southern region.

Residents in northeastern St. Gallen will vote on the “burqa ban” on Sunday, after the law was passed by the regional parliament with support from the populist right and center parties.

Gallen is apparently following the example of the Italian speaking southern canton of Ticino, where the law took effect in July 2016, to ban the covering.

Lawmakers in Gallen drafted a text late last year that stipulates “any person who renders themselves unrecognizable by covering their face in a public space, and thus endangers public security or social and religious peace will be fined.”

Earlier this year, the Swiss government opposed an anti-Muslim campaign for a nationwide ban on facial coverings in public.

Instead, it suggested that cantons should decide on the measure individually. The law, however, will go to a nationwide vote.

The anti-Muslim measures have already been taken in several European countries, including France, Denmark, Belgium and Spain, citing “security” concerns for imposing the restrictions.

France became the first in the European Union to ban the public wearing of burqa in April 2011. A law took effect in Belgium in July that year that banned any clothing that obscured the identity of the wearer in public.

The Netherlands also passed its own laws on the issue back in June, banning face coverings, including burqas and niqabs, in public spaces such as schools, hospitals, public transport and government buildings.

The ban, which targets Muslim women, has sparked concerns, with many saying it could dissuade Muslim women from entering public spaces, including schools.