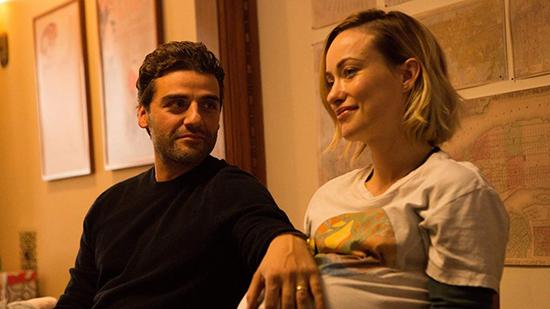 The writer and director Dan Fogelman (This Is Us) has crafted a film with an all-star cast—Oscar Isaac, Olivia Wilde, Antonio Banderas—but an absolutely miserable script.

Halfway through Life Itself—Dan Fogelman’s multigenerational saga of love, death, and manufactured trauma—the film abruptly cuts from a tragic scene to a brand-new story. A rich vineyard owner in Spain, Mr. Saccione (played by Antonio Banderas), pours himself a glass of Manzanilla and rambles to his employee Javier (Sergio Peris-Mencheta) about his childhood, his fractured relationship with his parents, and his lingering guilt over his wealth. It’s an entrancing speech, helped by the fact that it’s delivered by Banderas, who’s always mesmerizing to watch in his native language. But I couldn’t fully appreciate it, because I was too busy trying to figure out how the monologue would factor into the film’s next big twist.

Fogelman, who’s best-known as the creator of NBC’s This Is Us, specializes in nakedly sentimental weepy dramas told with Tarantino-esque plotting. Life Itself is about a young couple, Will (Oscar Isaac) and Abby (Olivia Wilde), who meet in college, fall in love, then mysteriously break apart. But nothing is as it initially seems. The story is loaded with twists and turns and a chopped-up timeline, giving the audience information only to later snatch it back, while characters constantly and cleverly reference the idea of the “unreliable narrator” in fiction.

The film is hard to take at face value because it’s so intent on tricking the viewer in one scene and then spoon-feeding them details in the next. Banderas’s monologue—a lovely piece of acting—ultimately exists mostly as a misdirect, designed to settle things down after the movie’s most sudden, and upsetting, shock moment. The plot in Life Itself is precisely calibrated, intended either to disturb or to provoke tears—but the film is presented as an ode to romance and the connections that bind us as human beings. To Fogelman, revealing the exact nature of those connections is just another way to make the audience gasp.

Between Life Itself and This Is Us, I’ve never encountered a writer more continually thrilled by the revelation that one person might be related to another. Without spoiling too heavily, I can confirm that many characters played by the talented ensemble of Life Itself (which also includes Olivia Cooke, Mandy Patinkin, Laia Costa, Annette Bening, and Jean Smart) are family, even if they sometimes don’t know it. I can also confirm that many of those characters die in miserably tragic circumstances, just like poor Milo Ventimiglia on This Is Us.

I wish I could report that Life Itself doesn’t seem creepily delighted with just how surprising its cavalcade of mortality is. But there are two plot points—one hinging on a freak accident and the other on a suicide—that are indefensible, that serve only to stun the viewer into submission. Fogelman’s script is obsessed with how a single event can reverberate across generations, but rather than pick up on something small, he devises something indisputably horrifying. When a person dies, Life Itself argues, it can shape many other peoples’ lives. No kidding.

The film’s most insufferable character is Will, the kind of romantic protagonist who says any thought that comes into his head. He’s in therapy after Abby left him (or … did she?), just as the couple’s relationship was about to progress to the next level. Will’s therapist, played by Bening, is trying to drill down to some deeper emotional truth with him. But during their sessions, Will can’t help but jump on passing tangents, so the film is laden with flashbacks, some more truthful than others.

Will and Abby’s relationship is borderline toxic, even as Will reflects on it with rose-tinted glasses. When Abby flirts with him at a college party, he informs her that he’s waiting to ask her out, because he knows that once he does, “there’s not gonna be any turning back for me … It’s gonna be the most important moment of my life.” Rather than react with horror to this declaration, Abby is charmed (or … is she?). As their relationship progresses in Will’s memory, it’s suggested that some of his recollections might not be entirely accurate, but the film pushes that possibility aside in the name of an even more appalling development.

That’s because, as Abby keeps reminding the audience, “the real unreliable narrator is life itself.” This is a line that is spoken multiple times in the movie with severity, a mantra that makes no actual logical sense. Lock me in a room for a month with a pen and paper, and I probably couldn’t come up with an adequate explanation for how life is an “unreliable narrator,” let alone the ultimate one.

After Will’s section of the film comes to a close, Life Itself moves on to that Spanish vineyard; then to Dylan (Cooke), an angsty teenager who has every reason to be upset at her place in the world; and then to Rodrigo (Àlex Monner), a similarly haunted youngster. The story lines tie together in ways I won’t ruin, other than to note that each relationship feels far too neat to really resonate. In Life Itself, everyone’s fate is in the hands of Fogelman, and he wields that power with terrible cruelty.