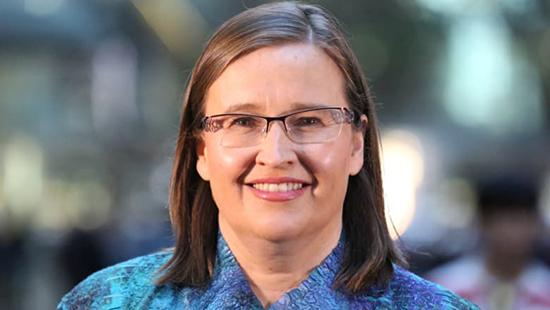 We already knew millions of workplace sexual harassment victims do not speak up for fear of losing their income if they make waves, but to learn vast numbers of young people are silenced by a “backlash” against gender equality initiatives is insidious.

Sex Discrimination Commissioner Kate Jenkins has confirmed what other agencies have reported anecdotally, that strong resistance to programs aimed at making work safer and fairer, and to the idea “political correctness” is limiting entitlements of some, is making people hesitant to speak out.

Victims are feeling shut down because of push back against the very programs aimed at protecting their right to work without unwanted sexual interference.

That only a paltry 17 per cent of Australian sexual harassment victims feel it is worth making official reports, as revealed in the commion’s ‘Everyone’s business’ fourth national survey on sexual harassment at work, reflects a dangerous chasm between the impression we have a healthy workforce, and the reality millions are suffering quietly.

The majority of these are women, many of them young and not at a stage of seniority in their career where they feel it is worth the risk of calling out their harasser – despite the idea we have made great progress towards gender equality at work.

The uncomfortable truth must be faced that as numbers of harassment victims mount (up to 33 per cent of workers, from 21 per cent in 2012), most perpetrators still face no consequences because their victims “believe people would think they were overreacting” or “it was easier to keep quiet”.

The appearance that we are making strides towards a healthier workplace for all Australians, be it our kids in their first waitressing job or women in the male-dominated industries, simply does not match the statistics gathered in this survey.

Vulnerable people, many of them just starting out on their working lives, are choosing to suck up the psychological and economic impacts of sexual harassment rather than risk what they see as the repercussions for asking for this to stop.

That even bystanders feel similiary nervous, so are turning a blind eye, shows the ripple effect of this serious social issue we have collectively put up with for way too long.

It is beyond disheartening to learn that despite the global attention brought to the harms of sexual harassment in nearly a year since the #MeToo movement emanated from the US, Jenkins says Australian victims are receiving the message “there is a tolerance and acceptance of sexual harassment as part of work now”.

You would hate to think the notorious online “culture wars”, in which anyone who dares to speak out against a social injustice is written off as a “snowflake” and told to harden up, are leaking into people’s real life workplace experiences. But it does seem that way.

Worse would be to believe that some in powerful positions are so threatened by the idea of gender equality they are fostering an atmosphere at work in which it is seen as something to fight off with whatever means – even sexual intimidation in the real world.

Jenkins’ world-first national inquiry into sexual harassment in the Australian workplace, for which submissions are now open, will give a far more detailed picture of where our worst problems lie, as well as setting the groundwork for solutions.

In the meantime, it’s up to all of us to keep our eyes open at work for behaviour that has no place in a fair and equal workplace, and support and stand with victims as they find their voices.