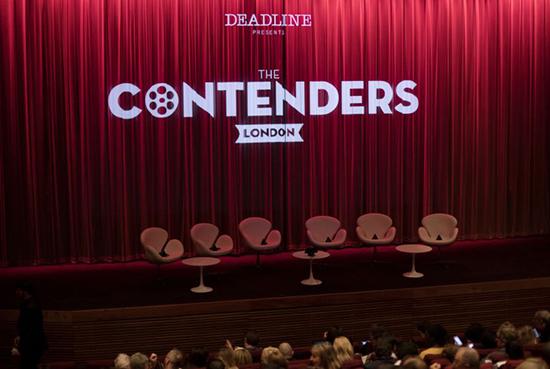 With awards season kicking into gear off the back of the fall festivals, Deadline’s international Contenders events kick off next month in London with a star-packed lineup and a shiny new venue.

Over the course of the day, set for Saturday, October 13, we’ll welcome Nicole Kidman, Hugh Grant, Letitia Wright, Mahershala Ali and more to our stage, presenting clips and discussing their latest projects in front of a packed house of voters. And it’s a mark of how essential The Contenders has become on the long road to Oscar that this year’s London event is set to be bigger and better than the last.

Fox Searchlight will bring key crew behind Wes Anderson’s Isle of Dogs, which was filmed in the UK, and will be repping Yorgos Lanthimos’s Venice hit The Favourite, which stars Olivia Colman, Emma Stone and Rachel Weisz. Disney’s big Contenders play will be the heralded Black Panther, with Letitia Wright on hand to discuss her time in the MCU. And Focus Features brings director Morgan Neville to talk Won’t You Be My Neighbor? and Mary Queen of Scots director Josie Rourke and writer Beau Willimon, as well as Dr. John Guy, author of the source book.

The afternoon kicks off with Neon and Three Identical Strangers. Director Tim Wardle and producer Becky Read will be on hand. Sony brings Bel Powley for White Boy Rick and Jason Reitman for The Front Runner. And Fox will show off Widows and The Hate U Give.

Director Karyn Kusama and lead  Kidman will show off Destroyer for Annapurna Pictures, while Rosamund Pike and Jamie Dornan will discuss Aviron’s A Private War, in which Pike plays the late war correspondent Marie Colvin. Hugh Grant, meanwhile, will be on hand to talk about his role in Warner Bros./StudioCanal’s Paddington 2.

With more names yet to be announced, our second annual The Contenders London event also will move to a new venue: the luxurious Ham Yard Hotel. Deadline’s co-editor-in-chief Mike Fleming Jr, Awardsline editor Joe Utichi, international editor Nancy Tartaglione and international co-editors Andreas Wiseman and Peter White will be on hosting duties. The event is produced and MC’ed, as always, by Madelyn Hammond, whose irrepressible team is responsible for organizing every one of our Contenders days. Amazon Studios sponsors breakfast and Netflix sponsors lunch, while additional sponsors include Dell, Eyepetizer Eyewear and Michter’s Whiskey.

The Contenders London will kick off our series of film Contenders events this year. In November the action shifts to L.A., where The Contenders began, and in December we’ll add a third city, with New Yorkers afforded an opportunity to get in on the Contenders action for the first time.