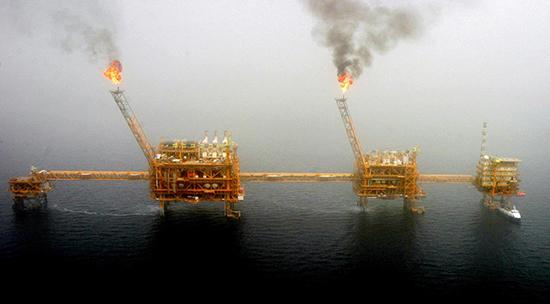 SEOUL (Reuters) – Oil prices were mixed on Friday after falling in the previous session as U.S. President Donald Trump urged OPEC to lower crude prices ahead of its meeting in Algeria this weekend.

International benchmark Brent crude for November delivery LCOc1 was up 5 cents at $78.75 a barrel by 0424 GMT.

Trump called on the Organization of the Petroleum Exporting Countries (OPEC) to lower prices, saying on Twitter “they would not be safe for very long without us, and yet they continue to push for higher and higher oil prices.”

OPEC and its allies are scheduled to meet on Sunday in Algeria to discuss how to allocate supply increases to offset a shortage of Iran supplies due to U.S. sanctions.

Stephen Innes, head of trading for Asia-Pacific at OANDA in Singapore, said Trump’s remarks just days before the OPEC meeting put “a focus on the likely supply impacts of U.S.-led Iran sanctions.”

“The market had until that point been trading fluidly with the assumption that Saudi Arabia is now comfortable with Brent at $80 or even higher, which is challenging the market’s long-held supposition that prompt Brent between $70 and $80 was OPEC’s sweet spot,” Innes added.

Brent has been trading just below $80 a barrel, backed by concerns of supply shortages from looming U.S. sanctions against Iran, which are set to take effect in November.

“Iranian crude exports are coming earlier and bigger-than-expected, at a time seasonal demand is strong. With spare capacity also falling sharply, the market remains exposed to supply-induced price shocks,” according to a report by ANZ Bank.

Although supply worries have pushed up oil prices, OPEC and its allies were not likely to agree to an official increase in crude output at this weekend’s meeting, OPEC sources said.

(For a graphic on ‘Iran crude oil exports to top destinations’ click tmsnrt.rs/2MHIDAt)