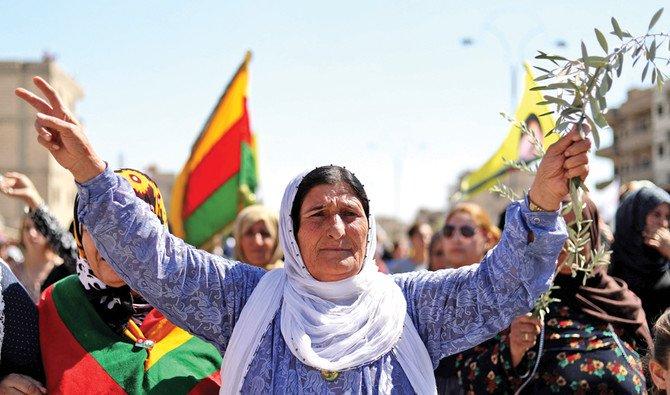 The deal to avoid a Syrian regime offensive on Idlib province is still being worked out by Russia and Turkey, the UN said on Thursday, stressing that the threat to civilians remained high.

“This is not a peace deal. It is an aversion of (a) whole-scale-war deal,” the head of the UN Humanitarian Taskforce for Syria, Jan Egeland, said in Geneva.

Syrian regime ally Russia and rebel supporter Turkey reached an agreement to create a demilitarized buffer zone in Idlib, Syria’s last opposition bastion, where half of its 3 million residents have been displaced from areas retaken by Syrian forces.

While briefing the task force about the pact on Thursday, Russian and Turkish envoys made clear they “are still working… on the details,” Egeland said.

He expressed hope it was an indication that “the big war was averted” in Idlib, although Russia stressed it would continue operating against fighters it identifies as terrorists.

“I see a great potential for a lot of fighting,” Egeland said.

“We are concerned for the civilians in these areas, so it is not over.”

The UN has repeatedly warned that a full-scale assault on Idlib could trigger the bloodiest episode of Syria’s seven-year war, which has killed more than 360,000 people and displaced millions.

Despite the ongoing concerns, Egeland said he was “relieved” for now.

“The outcome here was the least bad of (the) realistic solutions,” he said.

The leader of Lebanon’s Hezbollah militia has welcomed the Russian-Turkey agreement agreement signed in Sochi, calling it a “step on the road to making a political solution possible.”

Hassan Nasrallah said his group may reduce the number of its fighters in Syria because of an easing of the conflict, particularly after the recent agreement.

It “will take Syria in the next weeks and months to a new phase,” Nasrallah said in a televised speech to supporters.

He said the deal’s success will depend whether it’s properly implemented. “We will remain there even after the Idlib accord,” Nasrallah said.

“We will stay until further notice,” he stressed.

On Thursday, Nasrallah said Hezbollah had acquired “precision missiles” despite extensive efforts by Israel to prevent the movement developing this capability.

“It has been done. The resistance now owns precision missiles” as part of its weaponry, Nasrallah said in a televised address.

“Attempts in Syria to block the way toward this (missile) capability” have failed, Nasrallah said.

“If Israel imposes a war on Lebanon, it will face a fate that it never would have expected.”

Israel has fought several conflicts against Hezbollah, the last in 2006.

The Israeli military believes Hezbollah has between 100,000 and 120,000 short-range missiles and rockets, as well as several hundred longer-range missiles.