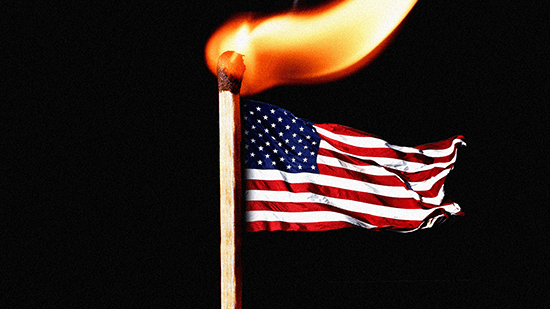 The US actions targeting China’s Thousand Talents Plan have caused great anxiety among Chinese scientists in the US. Washington is quickly expanding restrictions on China-US scientific, technological and talent exchanges. It was reported that the MD Anderson Cancer Center in Houston might have begun to dismiss Chinese scholars on the list of the Thousand Talents Plan. Texas Tech University recently circulated a letter alerting staff who already are participating in relationships with Chinese, Iranian or Russian talent programs, including the Thousand Talents plan, to disclose their relationships to relevant authorities of the university.

Administrators of some US scientific research institutions and universities have joined US political elites in blocking scientific and technological exchanges with China. Reports were also circulating that visa restrictions will be imposed on Chinese students studying in certain areas. It seems blocking various channels for China to study US scientific technologies has become a public campaign.

This runs counter to the development of science and morality. A country should protect intellectual property, but science belongs to all human beings. Academic exchanges are indispensable to the development of science and the flow of talent is a natural result. Whoever violates intellectual property during the process should be condemned and punished, but blocking academic exchanges is anti-scientific and hysterical.

No one in the world has the right to monopolize talent. Any country or institution can only attract talent through preferential policies. With the largest number of talented people flowing in, the US has been the biggest beneficiary of talent exchanges, but it reacted fiercely against talent returning to China. This is unprecedented.

From the perspective of Sino-US talent exchange, it is hard to say that the US is in an unfavorable situation. When a large number of top students from China’s top universities enter the US, they are semi-finished products. After their advanced studies there, they can then make contributions to the progress of US scientific research. Only a part return to China, while some are only doing part-time jobs in China.

Some elites in the US believe that China has stolen US experience for its own modernization, infringing  so-called US intellectual property rights. Washington is extremely puffed up with pride politically and culturally. It is also severely misunderstanding the history of human development.

It is proved that the areas where the US is on guard against China have become a stage for China’s successful independent innovation. From atom bombs through satellites to supercomputers, China made them all. The US has never been open to China when it comes to sensitive technologies.

The US is anxious about its temporary gains and losses. One minute it wants Sino-US exchanges, but the next it worries China is taking advantage. Its relevant policies are bound to change all the time. Its latest decision is like the trade war. Washington’s purpose is to drag Beijing down, but it will mostly hurt itself.

It is hoped that the individual rights of Chinese scientists and engineers in the US will not be harmed during the process. In particular, it is hoped there won’t be any case of injustice.