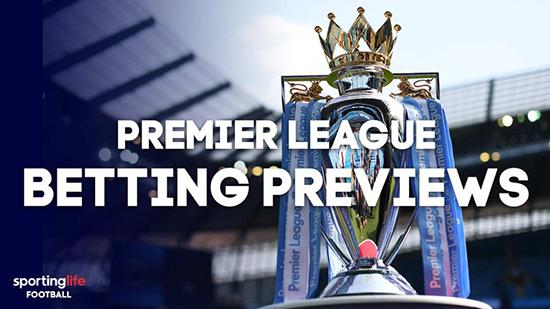 Get your Saturday Premier League coupon sorted with our previews, Super 6 predictions and best bets for all six of the 3pm kick-offs.

It’s not quite panic stations for Burnley but it’s not far off with the Clarets bottom with just one point and three goals from five games – and the last thing they needed was Bournemouth to go goal crazy in thrashing Leicester last week.

Eddie Howe and Sean Dyche are actually the Premier League’s longest-serving managers currently and both are doing fantastic jobs, but there’s no doubt the Cherries are in much better form and a much better frame of mind for this one.

Burnley managed to lose just 1-0 at Wolves when being soundly outplayed. They have faced a league-most 103 shots as they struggle defensively and go up against one of the most in-form players in Ryan Fraser – who’s been involved in half of Bournemouth’s ten goals when scoring three and laying on two.

Pep Guardiola will be furious about losing against Lyon in the Champions League, and that spells danger for Cardiff who will have to face the backlash of a side that usually wins after playing in Europe (won eight of last nine following Champions League) but will now have the added incentive of getting over their midweek slip-up.

Guardiola, and Leroy Sane in particular, will remember their FA Cup visit in January that involved some agricultural challenges, shall we say, from Neil Warnock’s side so it’s hard to imagine CIty being more fired up for what usually would be a regulation away win for them.

Given Cardiff’s only two points have come from 0-0 draws so far you know how they’re going to play, but if City strike early, and they usually do, then this one could get out of hand in a hurry and you can name your score.

Warnock will not want to be embarrassed though so we’ll give them credit and assume they can keep the score down, but a Premier League team being 16/1 to win at home tells you all you need to know about the size of their task.

On first glance things look pretty bleak for Newcastle with just one point off lowly Cardiff to their names after five games, but when you consider the other four matches have been against Tottenham, Chelsea, Man City and Arsenal then it’s reasonably understandable that they are where they are right now.

What Rafa Benitez needs to do now is start driving them in the right direction, starting with getting something from a trip to London – where everybody knows Newcastle have an awful record.

It’s hard to work out where this Newcastle side sit in the Premier League – on the one hand they were by no means disgraced and only lost by one against those four top teams, but on the other they are yet to be in the lead at any point this season.

On the other side we have got a Crystal Palace side who look to have a bit more quality in their squad but are almost totally reliant on Wilfried Zaha. Perhaps the safest play with this one is to sit on the fence.

Leicester were thumped at Bournemouth but a home clash with goal-shy Huddersfield offers up a tremendous bouncebackability factor and one which Claude Puel badly needs to win to get a few people off his back.

The Foxes’ best performance this season probably remains their opening-day loss at Man Utd, but although the Terriers will offer dogged resistance the home side have more than enough to score the one goal that usually is enough to get the job done against Huddersfield.

With the needle on the expected goals statistical bar almost failing to move for most Huddersfield games, backing Leicester to win to nil seems like the most sensible way forward.

Best Bet: Leicester to win to nil at 6/4

The Reds are flying high after their Champions League win, and there should not be any hangover against a middling Southampton side with just one win so far and a overall poor record at Anfield.

The fact Jurgen Klopp managed to leave Naby Keita on the bench against PSG and to still win it shows Liverpool’s increased squad power and he should be restored to the starting line-up along with one-eye match winner Roberto Firmino.

It’s the kind of game last year’s Liverpool could slip up in so it will be a test in its own way of their mental focus, but they do look a different animal this season so while they may not blow the Saints away they look more than good enough to take three points.

This is a great Premier League game to get your teeth into as genuinely anything could happen as Wolves face another huge test when they visit Old Trafford having already pinched a point off rivals Man City.

They have played some lovely football but finishing off those chances has been a concern and a Jose Mourinho side is always sent out to limit those chances to a minimum so Wolves best have their finishing boots on.

Wins against Burnley, Watford and Young Boys are not highlight reel victories but they have given Mourinho some welcome breathing space and that may ensure a more free-flowing United side run out on Saturday.

Wolves should have a decent amount of the ball given the way they play, but whether they can take advantage to create, and finish off, chances is the big question – they had 30 shots against Burnley and scored once.