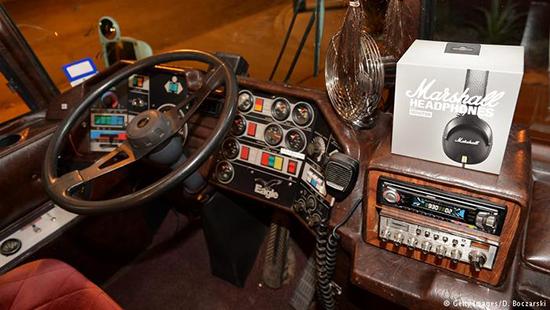 It’s not over until the fat lady sings, but for many emerging bands in the British music industry, a no-deal Brexit could be a career-ending moment, Rob Mudge reports.

Hamburg, August 17, 1960. Unbeknownst to them at the time, The Beatles are about to launch their international career in a tiny club called Indra just off the city’s notorious Reeperbahn strip, trying desperately to make their amps and PA heard over the racket of the punters.

Unhindered by visa and border restrictions, their biggest concern at the time would have been the logistics of getting themselves and their equipment into a small van and catching the ferry in time from Harwich to the Netherlands. “It was cramped. The van didn’t even have seats; we had to sit on our amplifiers,” recalled George Harrison in The Beatles Anthology.

Fast forward to 2018 and in a little over six months’ time, UK bands may not have the luxury of figuring out travel logistics, let alone playing a Hamburg venue.

In the event of a no-deal Brexit, up-and-coming bands may have to cross off Cologne’s Luxor, Amsterdam’s Paradiso, or La Cigale in Paris from their Europe 2019 tour posters.

In a nutshell, a no-deal outcome would impact upon the freedom of movement to be able to travel and work. EU-funded touring benefits would be slashed, not to mention the introduction of visa and travel licenses, and higher duties on imported equipment, bringing back memories of the so-called carnet system. Before the UK joined the Common Market in 1973, touring musicians were required to carry a “carnet” — a document listing their every piece of equipment, which would be closely checked at each border — and visas were required to enter most European territories.

“[It meant] you would be stopped at every border and have to account for all the merchandise you were taking over the border and there’d be silly things like crews would have to make sure that they got any broken guitar strings off stage to make sure that when they went out of the country it didn’t look like they had fewer guitar strings then when they went in and then have to pay [additional] tax,” Ian Moss, director for public affairs at the British Phonographic Industry, told DW.

At this point it’s difficult to put an exact figure on the visa costs involved, but as UK artist Sarah Howells can testify, it’s essentially uneconomical for small bands. She’s been playing in bands for years and now performs as Bryde. “I had to get a visa for America a couple of years ago and the amount of effort and forward planning that it took just to go there and play to a handful of people. And it cost thousands of pounds.”

‘I Predict a Riot’

Then there are uncertainties around tax and social security rules, not to mention the potential loss of the European Health Insurance Card, which means band members would incur extra costs for medical insurance when on tour. “There are some countries that say that if you’re touring there you’re working and therefore you have to pay national insurance, and those sorts of things can get deeply bureaucratic,” Moss said.

Elise Phamgia is the project coordinator for Liveurope, an initiative supporting concert venues to promote up-and-coming European artists, co-funded by the European Union’s Creative Europe Program. “The platform that we’re coordinating is supporting young emerging talent touring in 14 venues in Europe, and currently an average of 30 percent of our emerging European talent touring are from the UK,” she told DW. While much of it is still a guessing game, Phamgia is under no illusions that Brexit will have an impact on her industry. “We can we foresee that indeed it would be much more difficult for a venue to book emerging UK acts.”

Lucie Caswell, chief executive of the Featured Artists Coalition based in London, says artists on their roster are thinking twice about their potential European tours: “We’re already seeing people holding off to wait to see what happens. [But] we can’t just drop Europe. It’s our pipeline really for these young artists.”

Indeed, the very livelihoods of many emerging artists would be at stake. “If it becomes even more difficult [to tour] we would have to rein it in, which would be a shame because there’s a lot of British acts that are bigger in Germany, for example, than they are in the UK. I’ve got more fans in Berlin according to Spotify than I do in Hull, so I’d really like to be able to go and play to people in Berlin,” Bryde told DW.

Caswell’s especially frustrated by the government’s perceived inability to value the UK creative industry’s role in Europe. “We heard [at a meeting] that the creative sector [economically] outperforms aerospace, pharmaceuticals and one other of that ilk, so you’d think someone would actually recognize their importance,” she told DW.

It’s not just the bands who will feel the brunt — even more so in this day and age when, as Caswell puts it, “the artists have to focus on live [performing] perhaps ironically more than ever because it takes so long to earn any money out of digital.” The entire supply chain will be affected, says Moss. “So, for example, Ed Sheeran will tour, but at the moment he would have taken a UK crew across the whole of Europe. They won’t be able to do that anymore, or certainly in a no-deal scenario that would be extremely complicated, not least because of things like lorry driver permits. At the moment we have some of the best riggers and lighting engineers and if the crews are being picked up in Germany or Ireland or wherever they land first, that ecosystem starts to be chipped away at as well.”

That type of talent drain to the Continent is already happening, says Andy Lenthall, general manager of the Production Services Association. “There are quite a few UK-based crews who work overseas a lot. They’ve been applying for foreign passports, trying to find an Irish or Portuguese Grandma and it’s great. So they will be there. [But] what about the equipment? And oh by the way, please can you bring back some cheese or a few BMW Mini fuel injections?”

“You know, we used to be famous for bringing back piles of drugs packed in speaker cabinets, and now we’ll be bringing back broccoli from Italy. So, really it’s broc ‘n’ roll.”

Currently transport and license issues can be sorted out relatively seamlessly. But that, says Lenthall, could change dramatically. “There is a contingency plan for transport, but the contingency plan is based on an old system of quotas of truck movements. And the quota is somewhere around 1,280 per year, which the Road Haulage Association said would last for two and a half days. Even if we do [in the future] have some magical digital system for checking goods through a border and it only takes two minutes, that’s a 70-mile (112 kilometers) tailback on the motorway within 24 hours.”

But at least there’s a chance crews and equipment will get to mainland Europe at some point. To put into perspective how farcical the situation is, Lenthall described how an industry colleague from Germany asked him to speak at next year’s pro light and sound conference. “I asked him ‘When will it be’? And he said April 3 or 4. And I said, sure I’ll come: Are there any airplanes flying then?”

The outlook for emerging artists and the industry as a whole, Moss admits, is bleak. “We keep on going back to the costs, and that’s where you can sweep out a whole range of small artists. So looking 20 years down the line: What set of bands never managed to break Europe because they never had an opportunity to tour and start their careers?”

On that note (pun intended), the last word should go to British punk band the Adverts, who, in an astonishing act of music prophecy, wrote a song some 40 years ago that presciently predicted the entire Brexit fiasco:

The great British mistake was looking for a way out
Was getting complacent, not noticing
The pulse was racing
The mistake was fighting
The change, was staying the same
It couldn’t adapt so it couldn’t survive
Something had to give
The people take a downhill slide into the gloom
Into the darn recesses of their minds

The genie’s out of the bottle, call in the magician
They didn’t mean to free him, devil behind them
Devil in the mirror, chained to their right hands
They’re the great British mistake
They’ll have to come to terms now, they’ll take it out somehow
They’ll blame it all on something
The British mistake – when will it be over?
How can they avoid it?