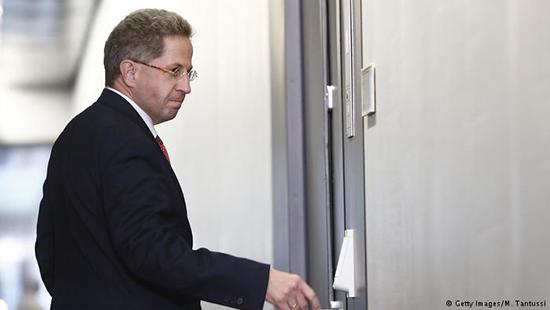 Interior Minister Horst Seehofer announced a new compromise had been reached over the fate of the embattled ex-intelligence chief. Maassen will stay in the Interior Ministry as a consultant.

Following a national outcry, Interior Minister Horst Seehofer announced on Sunday that a new compromise had been struck over the future of Germany’s embattled former domestic intelligence chief, Hans-Georg Maassen.

Maassen made headlines earlier this month when he called into question the veracity of footage purporting to show some of the far-right violence that erupted in the city of Chemnitz. Shortly thereafter, he was further criticized over reports that he had passed sensitive information about Islamic extremism to the populist Alternative for Germany (AfD) party.

Despite this, his boss Seehofer stood behind him, marking the latest in a series of conflicts between the Bavarian conservative and Chancellor Merkel.

Facing increasingly loud calls for his ouster, the coalition government of Merkel’s Christian Democrats (CDU/CSU) and the Social Democrats (SPD) had met on Tuesday to reach a deal over how to handle the Maassen affair. The announcement that Maassen was to be fired from his post in domestic security but essentially promoted to deputy interior minister was met with dismay across Germany, particularly from opposition parties.

The SPD was hit the hardest by criticism over the original compromise, facing accusations that they had been spineless by accepting Maassen’s relocation and pay bump. Their poll numbers, long in disarray, dipped a little further, putting the AfD ahead of them nationwide. SPD chief Andrea Nahles publicly apologized for the deal.

Nahles said of the new agreement on Sunday that it was a “strong signal that the coalition can take public criticism seriously and correct itself.”

‘All about saving face’

The leader of the business-friendly FDP, Christian Lindner, criticized the new deal.

“This reveals the true character of the grand coalition,” he wrote on Twitter. “Disconnected from real problem-solving, it’s all about saving face and appeasement.”

“And Maassen stays,” she wrote on Twitter. “This creates new problems. The person who lied to the parliament about [Berlin Christmas market attacker Anis] Amri, coaches the AfD and spreads right-wing conspiracy theories stays.”

According to Seehofer, Maassen will now be allowed to stay in the Interior Ministry, but as an adviser to him on matters of international relations, thus relieving him of any duties related to intelligence or security policy.