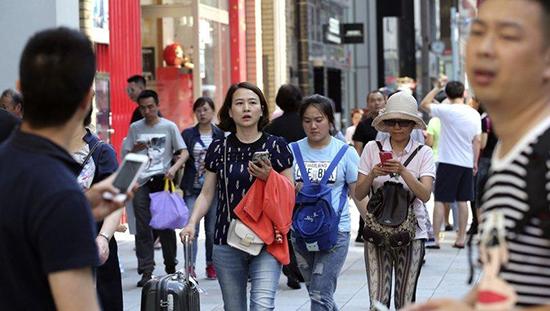 Turkey will do more to draw tourists from the Far East as part of its new economic program, a top tourism official told state-run Anadolu Agency on Sept. 22.

“Tourism professionals are working on the Far East market in order to attract more tourists from those countries,” said Firuz Bağlıkaya, head of the Association of Turkish Travel Agencies (TÜRSAB).

The new economic program, unveiled by Treasury and Finance Minister Berat Albayrak on Sept. 20, says Turkey will draw up new plans to attract tourists from Far East countries such as China, India, Japan, and South Korea.

The number of tourists visiting Turkey from those countries jumped 72.5 percent year-on-year to nearly 440,000 in the first seven months of this year, according to data compiled by Anadolu Agency.

He said representatives of the Turkish tourism sector will attend workshops in six provinces in India in the first week of October.

Bağlıkaya added that this December China Southern Airlines is due to launch thrice-weekly service to Turkey.

“The only obstacle in our tourism relations with Far Eastern countries was transportation,” he said.

Under the program, tourism services, including health tourism, will be diversified to boost tourism revenues, while the program aims to generate travel income of $42 billion by 2021.

In the first half of this year, over 17 million foreigners visited Turkey and spent some $11.5 billion. Last year, Turkey’s tourism income totaled $26.2 billion, while visitors numbered 38.6 million.