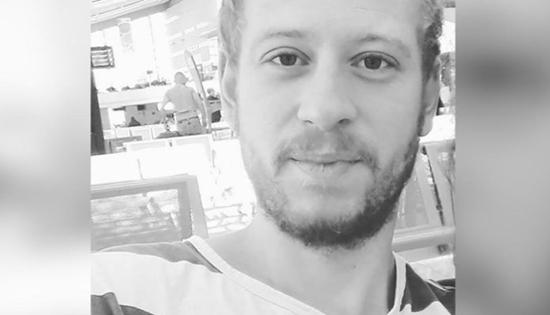 A court in the Turkish capital of Ankara ruled on Friday to arrest Austrian journalist Max Zirngast, who was detained by police on Sept. 11, for alleged membership in the leftist TKP/Kıvılcım terrorist organization, the Cumhuriyet daily reported.

According to the report, two other people were also put in pre-trial detention along with Zirngast while another person was released on judicial probation by the same court.

Zirngast in his testimony said he has been living in Turkey for three years and never had any links with any illegal organizations. Books by Hikmet Kıvılcımlı that were found at his home were for a presentation he made at Ankara’s Middle East Technical University (ODTÜ).

Re:volt, his magazine employer, reported on Twitter that Zirngast and “several others” were detained in Ankara at around 5:00 a.m. on the morning of Sept. 11 by “anti-terror” authorities.

“We expect Turkey to immediately explain what the journalist is accused of, and if that is not possible then to immediately release him,” Austrian Chancellor Sebastian Kurz told reporters before a weekly cabinet meeting on Sept. 12 according to Reuters.

According to re:volt, Zirngast has lived in Turkey for several years, where he works and is pursuing studies.

İsmail Küpeli, a political scientist and journalist, wrote on Twitter that Zirngast’s arrest was likely tied to his work and not to any alleged “terrorist” activities.

“I know Max Zirngast to be a clever person and an exceptional author. We took part in several panel discussions together, where he showed his political stance clearly. This has nothing to do with ‘terrorism’,” he tweeted.

“Divergent political opinions are no justification for arrests and intimidation, which are happening more and more in Turkey,” Reporters without Borders in Austria said in a statement.

Dozens of journalists were arrested in Turkey in the aftermath of a failed military coup attempt in July 2016. Many of those who were arrested were accused of spreading “terrorist propaganda.”