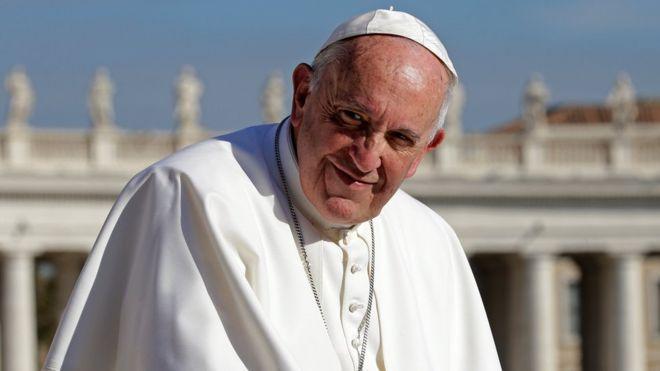 The Associated PressVATICAN CITY (AP) — The Vatican and China said Saturday they had signed a “provisional agreement” over the appointment of bishops, a breakthrough on an issue that stymied diplomatic relations for decades and aggravated a split among Chinese Catholics.

The deal resolved one of the major sticking points in recent years, with the Vatican agreeing to accept seven bishops who were previously named by Beijing without the pope’s consent.

The development comes nearly seven decades after the Holy See and Beijing severed official relations. Beijing’s long-held insistence that it must approve bishop appointments in China had clashed with absolute papal authority to pick bishops.

With the status of the seven bishops now reconciled, the Vatican said all bishops in China are now in communion with Rome — even though the Catholic community in China is still split between Catholics who belong to the official Chinese church and those in the underground church who remain loyal to the pope.

“Pope Francis hopes that, with these decisions, a new process may begin that will allow the wounds of the past to be overcome, leading to the full communion of all Chinese Catholics,” a Vatican statement said.

Zen didn’t reply Saturday to an AP request for comment. But on his blog, the cardinal criticized the lack of specifics in the accord, including no mention of the status of several underground bishops named by the pope.

“What is the message this communique conveys to the faithful in China? ‘Trust us! Accept the agreement!,’” he wrote. That, he said, was tantamount to the Chinese government telling Catholics to “Obey us! We are in agreement with your pope!’”

Vatican spokesman Greg Burke, speaking in Vilnius, where Pope Francis was visiting, indicated the accord would serve as a blueprint for future appointments of bishops, who lead the faithful in their dioceses.

Burke told reporters the aim of the accord “is not political but pastoral, allowing the faithful to have bishops who are in communion with Rome but at the same time recognized by Chinese authorities.”

The Vatican’s No. 2 official indicated that the pope and Chinese authorities would jointly approve new bishop appointments.

“What is required now is unity, is trust, and a new impetus: to have good pastors, recognized by the Successor of Peter (Pope Francis) and by the legitimate civil authorities,” said Cardinal Pietro Parolin.

A Vatican official earlier this year said the deal allows the pope to effectively veto future bishop names proposed by Beijing. That official, who spoke on condition of anonymity because diplomatic negotiations were involved, had described it as the best arrangement the Holy See could achieve for now.

The deal’s provisional nature left open the possibility of improvements down the line.

The Vatican described the provisional agreement as “the fruit of a gradual and reciprocal rapprochement” following a “long process of careful negotiation.”

While the agreement could help pave the way for formal diplomatic ties and possibly an eventual papal trip to China, it was also sure to anger Catholics who vigorously advocated for the Vatican to maintain a hard line on caring for the 12 million faithful in China.Speech