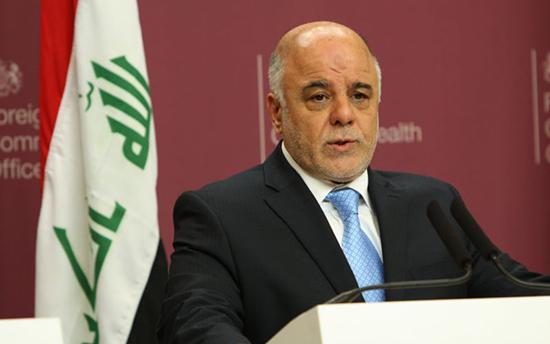 Since 2014, Prime Minister Haider al-Abadi of Iraq has had to deal with an unending series of problems including corruption, the war against the Islamic State (IS), and sectarianism. Following a poor performance in the May elections and the mass protests in Basra, will Abadi survive?

With his triumphant arrival in 2014, following the corrupted rule of Nouri al-Maliki, Abadi’s initial emergence of power came with great optimism and praise from the people of Iraq. Having inherited a state in dire economic circumstances, deep sectarianism, rife corruption and at war with the Islamic State, Abadi has faced daunting circumstances in a deeply unstable country. While his actions have arguably been successful to some degree, his critics remain large and outspoken.

With his failure to win the elections on May 12th and the ongoing severe protests in Basra many wonder if Abadi can hold on to the position once a new government is formed, amid an anti-incumbent society currently forming in Iraq.

Despite these current issues, the Albadi’s initial years as premier proved somewhat successful. With the arrival of ISIS and the inheritance of a weak and incompetent army, Abadi and Iraq were in a huge quagmire. However, after almost 4 years and an overhaul of defence and military policies, the Iraqi Army and the Kurdish Peshmerga were victorious, allowing Abadi to declare in December 2017 that ISIS had been defeated in Iraq.

Next came the difficulties with the Kurdistan Region in the North. Having gained numerous swathes of land following the evacuation of the Iraqi Army, the Kurds went forth with an independence referendum on the 25th of September 2017. Causing great ire to Abadi, he vehemently called for the annulment of the referendum results and imposed a flight ban on the region. Ultimately, Abadi’s dominance allowed him to tactically retake the disputed areas the Kurds had seized, thus destroying any hopes for their secession.

Finally, he has boldly tackled long-standing corruption in the country. According to the Corruption Perceptions Index (CPI), Iraq ranks as one of the most corrupt countries in the world, listed 169th out of 180 countries. As such, a few months into his premiership, Abadi’s government discovered over 50,000 ‘ghost soldiers’ in the Iraqi army and announced the removal of these payrolls as some of his first steps in combating corruption.

The road to perdition?

On paper, Abadi has been an able Prime Minister. Nevertheless, the current state of Iraq remains deeply sectarian and volatile with the Kurds irate at the central government, and the Sunni Arabs left alienated. On top of this, Abadi has continually faced criticism over attempts to establish Shia-majority governance. But it is perhaps the past few months and the subsequent future that could mark his withering fall.

Following the elections on May 12th, Abadi took a huge hit as the infamous anti-American cleric Muqtada al-Sadr’s Saairun Alliance was announced victorious, winning 52 seats of the 328 seat Parliament, while Abadi’s Victory Alliance ranked in third place with 42 seats, behind Hadi al-Amiri’s Fatah Alliance with 48 seats. However, amidst voter tampering and fraudulent elections, Iraq’s parliament ordered a partial recount of the elections. Now ratified by the Supreme Court, the results showed little change, leaving Iraq still unstable and without a government.

At the same time, mass protests began breaking out in Southern Iraq this past July. The provinces’ long neglect by the central government has led to huge unemployment and poverty that has culminated in large demonstrations, first in oil-rich Basra, and then throughout the region. Although the government has pledged to fulfil the concerns of the people, Abadi has failed to calm the animosity of the protestors. In light of these challenges, can Abadi survive politically?

Abadi is nevertheless attempting to hold onto his position. He has recently formed an alliance with the frontrunner of the election, Muqtada al-Sadr. This power play may be advantageous for Abadi and permit a new government to be formed, yet it does not quash the fact that Iraqis are very displeased with the Prime Minister. For example, in April 2016 protestors stormed Iraqi Parliament to protest against the government and corruption. Likewise, in May of this year, at the opening of a football stadium in Najaf, a protest emerged against the prime minister’s representatives. Adding this with the Basra riots, it is clear the public has deep discontent towards Abadi.

Everything now rests upon whether Abadi can sufficiently address the protests’ concerns during the coming days. Rivals such as Ali Allawi and Nouri al-Maliki are all contending to be Prime Minister, each of whom command significant blocs of support, but Abadi is still favored to remain in office. Yet if he does remain, the public’s ire is likely to erupt further, and his dominion is likely to falter as the Shia blocs begin to further divide a country already rife with sectarianism. Once again, the future of Iraq appears bleak.

Kavar Kurda is a graduate of University College London, obtaining his BA in Politics, Sociology and East European Studies. He is currently studying his MSc at London School of Economics and Political Science in Empires, Colonialism and Globalisation. He has previously worked in Parliament, the Kurdistan Regional Government Office and London-based think-tank, Institute of Ideas. He speaks English, Kurdish, Russian and Arabic and has a deep interest in Caucasian and Middle Eastern affairs.