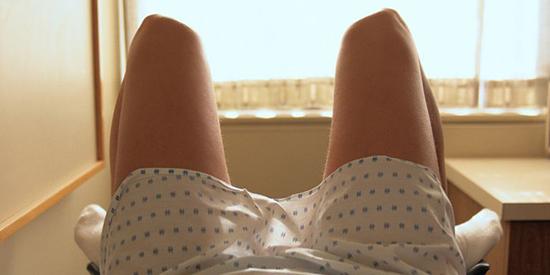 The changes, which see the screenings test for HPV, have begun rolling out this week.

From the age of 25, women in Britain are invited to go for a cervical screening. The examination – also commonly known as a smear test – is vital for the prevention and early detection of cervical cancer. The process analyses cells in the cervix to determine whether any of them are pre-cancerous.

But as of this week, a big change is being rolled out. Starting with screenings in Wales, with England following suit next year and Scotland in 2020, medical practitioners will instead conduct HPV primary screening.

The actual procedure of the smear test itself won’t change; a speculum will still be inserted into the vagina, with a swab taking samples of cells. The major change in fact comes with what happens when the sample is sent off for testing.

Instead of the sample being immediately tested for cell changes (abnormalities), through the new system it will be tested for high-risk HPV first. HPV – or human papilloma virus – is a common virus that causes 99.7% of all cervical cancers. And when we say it’s common, we really mean it: around 8 out of 10 people will be infected with the virus at some point in their lives, although it rarely has any symptoms so you probably wouldn’t ever know you had it.

Having HPV is not an embarrassing thing, but because of the nature by which it cane be spread – through close skin-to-skin contact, usually during sexual activity including oral sex – it can be seen by some people as shameful. In fact, recent research by Jo’s Cervical Cancer Trust revealed that two out of five women (39%) would be worried what people thought of them if they were told they had HPV.

But now, we will be told if we have HPV. So it’s important to normalise the concept and know that you’re not ‘gross’ or ‘dirty’ if you have it. It’s an incredibly common virus that most people in the room you’re in right now will have – or have had – without even knowing.

How your results will change

The important thing when it comes to cervical cancer is knowing whether you have a high-risk strain of HPV. If you test positive for high-risk HPV in your cervical screening – ie, you have one of the 13 strains (there are more than 200 strains of HPV in total) linked to cervical cancer – you will be informed. Your cells will then be analysed and if any abnormalities are detected you will be referred for a colposcopy for further analysis.

If you test positive for high-risk HPV but your cervical cells appear completely normal, you will be re-tested in 12 months as opposed to the usual three years, simply as a means of keeping a closer eye on you given your higher risk status.

If it sounds confusing, this diagram from Jo’s Cervical Cancer Trust should help you visualise the process a little better:

Currently what happens with smear tests is that samples are not tested for HPV; instead, cells are analysed straight away under a microscope (a process known as cytology) and only those which show abnormalities will be further investigated. With the new system, the process becomes more efficient because if you don’t have a high-risk HPV strain, you have little-to-no chance of developing cervical cancer.

The most important thing to remember is that your health should be prioritised over any short-term embarrassment. If you’re concerned about feeling exposed during the relatively intimate procedure, or you’re worried about feeling shamed if you find out you’ve got HPV – try not to let these things get in the way of you actually going for your cervical screening. Know that most women will be experiencing exactly the same concerns as you, and go along. It really could save your life.