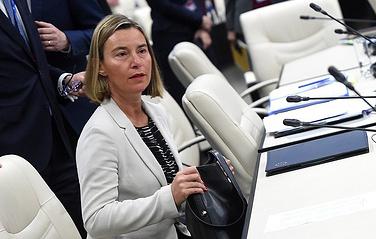 On September 24, the second ministerial meeting on Iran was held in New York after the US withdrawal from the deal

UNITED NATIONS, September 25. /TASS/. Participants of the nuclear deal with Iran believe that Tehran fulfills its conditions and are ready to continue cooperation with the country in economic, scientific, and technical spheres, EU High Representative for Foreign Affairs and Security Federica Mogherini said after the ministerial meeting of Joint Comprehensive Plan of Action (JCPOA) participant nations on Monday.

Mogherini read out the joint statement of the states. According to the document, JCPOA participants will continue to support modernization of the research reactor in Arak, restructuring of the Fordow facility into the center of nuclear technology and physical research, and projects in the field of peaceful atom use.

The deal participants intend to create a special mechanism for settlements with Tehran. Mogherini explained that at the level of the EU countries the decision to create such a mechanism has taken into account the fact that other states could also join it.

On Monday the second ministerial meeting on Iran was held in New York after the US withdrawal from the deal (the first was held in June).