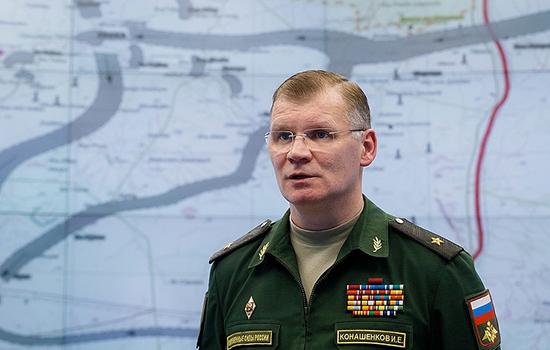 MOSCOW, September 25. /TASS/Russia’s defense ministry has presented data from the S-400 radar deployed at the airbase at Syria’s Hmeymim as evidence proving the Israeli air forces’ responsibility for the incident with the Russian Ilyushin-20 plane killing 15 servicemen.

The ministry’s spokesman, Igor Konashenkov, said on Monday the ministry took notice of certain comments seeking to distort the picture of the incident and thoroughly scrutinized the Israeli Defense Forces (IDF) statement alleging that the Israeli F-16 fighter jets had not been hiding behind the Russian plane as they had already been in Israel’s airspace at the moment.

“Today, we will give additional data available to the Russian defense ministry to track the Israeli planes and the S-200 system’s missile literally second-by-second. These data were taken from the radars of the command and control post of the S-400 missile system deployed at the Hmeymim airbase,” he said.

According to Konashenkov, the S-400 system recorded the flight of an S-200 missile targeting the Israeli F-16 jet. The radar “saw” the missile “change its direction while approaching the Israeli plane to target the Il-20,” he said.

The missile hit the Il-20 at 22:02:45. “The Israeli F-16, which had hid behind the Russian Il-20 from the missile, remained in the patrolling area west of the Syrian coastline,” he noted.

According to the ministry,  data from the radar demonstrate that the Israeli F-16 fighter jets were staying in the area of the Russian Il-20’s crash thus refuting the Israel Defense Forces’ (IDF) statement that they were already in Israel’s airspace.

Konashenkov demonstrated a slide picturing the development of the air situation after the incident.

“The signal from the Russian Il-20 disappeared from the radar. But I would like to draw your attention to the fact that the Israeli F-16’s are still in this area, with one of them being in direct vicinity of the site of the incident. Please note that the number of this air target of the Israeli F-16 has changed. It means that it had changed the direction and altitude of the flight immediately after the incident. It is clearly recorded by the S-400’s radars,” Konashenkov stressed.

The Russian electronic surveillance Il-20 plane was downed over the Mediterranean Sea late on September 17 when it was flying back to the Russian airbase at Syria’s Hmeymim. According to the Russian defense ministry, the plane was shot down by a missile from a Syrian S-200 air defense complex when it was firing at four Israeli F-16 aircraft attacking targets in the Latakia governorate. The Israeli pilots actually hid behind the Russian plane exposing it to Syrian missiles, the ministry stressed.