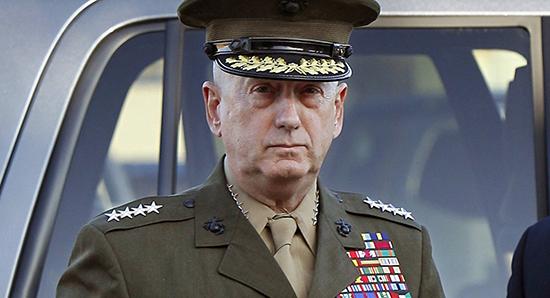 WASHINGTON (Sputnik) – US troops will likely stay in Syria for the foreseeable future to train local forces after Daesh (outlawed in Russia) is eliminated, Defense Secretary James Mattis said at the Pentagon.

“Once we get those patrols going along the line of contact and we take out the rest of the caliphate, our goal would be to set up local security elements that prevent the return of [Daesh] while at the same time diplomatically supporting… the Geneva process,” Mattis said on Monday.

Mattis’ statement differs from that of National Security Advisor John Bolton’s remarks regarding US policy on Syria.

Earlier on Monday, Bolton said at the United Nations General Assembly that US military will stay in the country until Iran militants move outside the borders.

Mattis, however, noted he and Bolton were “on the same sheet of music,” when it comes to Syrian issue.

The defense secretary mentioned that the part of the Syria problem is Iran’s involvement in the conflict. Mattis said Washington must address Iran, because whenever the instability occurs in Syria, Iran’s imprint can be found.

“Everywhere you go in the Middle East, where there is instability, you find Iran,” Mattis said.

The United States has repeatedly condemned Iran for providing financial and military support to the Syrian government. In May, President Donald Trump announced his decision to leave the Joint Comprehensive Plan of Action (JCPOA) and re-impose sanctions on Tehran and third states doing business with Iran. The US move was condemned by other signatories to the accord, who have expressed their commitment to preserving the deal.