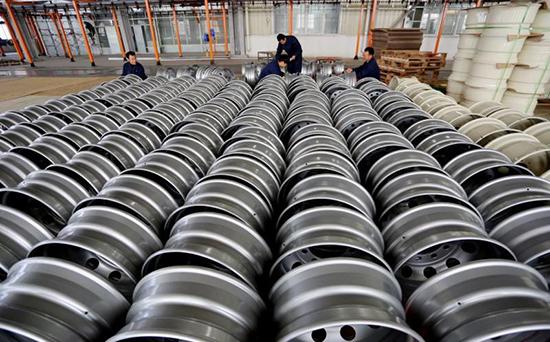 SHANGHAI (Reuters) – The worsening Sino-U.S. trade war has battered China’s stocks and currency this year but that hasn’t stopped foreign investors rushing into the country’s capital markets, which are increasingly opening up despite rising protectionism.

If anything, the selloff has hastened bargain-hunting among investors, such as Fidelity International, UBS Asset Management and J.P. Morgan Asset Management, which believe the long-term growth potential of the world’s second biggest economy outweighs the more immediate hit from trade disputes.

“In this environment, a handful of ‘fallen angels’ can be found,” said Catherine Yeung, investment director at Fidelity International. She notes that compared with developed markets, China’s A-shares have already priced in much of the uncertainty around trade.

Assets under management in several of Fidelity’s China-focused funds LP68140639 LP60033971 LP68127997 have increased this year, despite the market slumping more than 15 percent.

UBS AM, J.P. Morgan AM and Neuberger Berman have also stepped up A-share buying this year.

“China has accelerated the opening up of its capital markets this year to mitigate the negative impact (of the trade war),” said Hu Yifan, China economist at UBS Wealth Management.

China’s global market profile could grow over the next 12 months with the imminent launch of the Shanghai-London Stock Connect, the possible expansion of A-shares weighting in MSCI indices and the potential entry into FTSE Russell’s global equity indexes.

During the first eight months of the year, China’s stock market drew $47.7 billion of net foreign portfolio inflows, according to the Institute of International Finance (IIF).

“We’ve been positive about China’s consumption growth opportunities for a while,” said Shumin Huang, head of research for Greater China Equities at J.P. Morgan Asset Management.

Huang, whose team covers over 150 A-shares, sees long-term investment opportunities in battered sectors such as healthcare and education.

Overseas holdings of China stocks have jumped nearly 50 percent over the past year, but still account for less than 3 percent of total market capitalization.

In the bond market, overseas holdings surged 70 percent over the past 12 months to 1.75 trillion yuan ($255.25 billion), although this too is meager, accounting for just 2 percent of the market.

China’s net capital inflows this year contrast with outflows seen in neighboring markets such as Thailand, Russia and South Korea, according to IIF data, drawn out by a rising U.S. dollar and stocks.

“That’s seen as a very strong signal that the opening of the market is actually going ahead, regardless of the trade war,” said Stephane Loiseau, Asia Pacific Head of Cash Equities & Global Execution Services at Societe Generale.