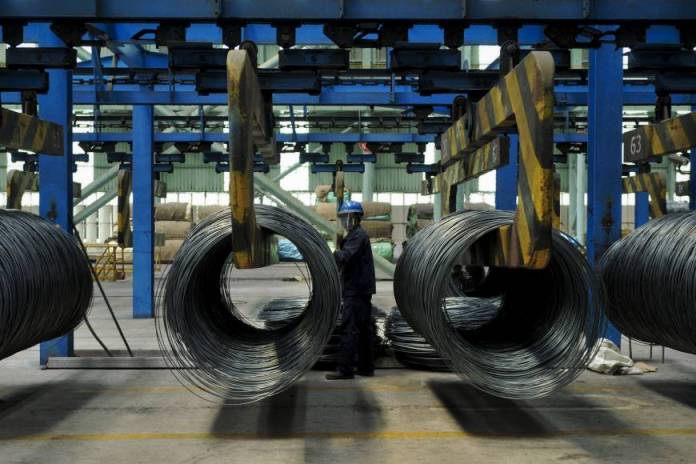 BANGKOK – Trade conflicts, rising debt and the potential impact from rising interest rates in the U.S. will likely dampen growth in the coming year, the Asian Development Bank said Wednesday in an update of its regional economic outlook report.

The Manila, Philippines-based regional lender said Wednesday that it expects economic growth in Asia to remain at a robust 6.0 percent in 2018 but to slip to 5.8 percent next year.

China’s economy is expected to expand at a 6.6 percent annual pace this year but slow to 6.3 percent in 2019.

It cited looming financial and trade shocks as the biggest sources of potential trouble. If the U.S. economy shows signs of overheating, interest rate hikes by the Federal Reserve, including one expected Wednesday to take the benchmark rate to 2-2.25 percent, could disrupt currency markets and other capital flows, leading to problems with bad loans.

But it said the bigger threat comes from potential damage to supply chains caused by trade conflicts, especially between the U.S. and China.

China and the United States earlier imposed 25 percent tariffs on $50 billion of each other’s goods. Combined, the tariffs now cover nearly half the goods and services China sells America and nearly 60 percent of what the United States sells China.

The damage will be worse if Trump carries out threats to raise tariffs on virtually all products imported from China, said the ADB’s chief economist, Yasuyuki Sawada.

But fast-growing Asia is quickly becoming such a large market that expanding trade within the region can help offset lost exports to the U.S., he said.

“Intraregional trade in Asia is as high as almost 50 percent of total trade and this seems to be increasing over time,” he said in an interview. “Asia used to be a global factory and everyone viewed Asian economies as suppliers, but if we look, more than half of the global middle class is living in Asia.”

Also, even if Trump’s tariffs strategy succeeds in reducing the U.S. trade deficit with China, the ADB report said, the deficit with Asia overall is unlikely to decline so much because other countries would likely be exporting more to make up the difference.

“It’s encouraging and very important to keep this momentum toward a more open trading system,” he said.

Still, the ADB report said that prolonged trade conflict would damage confidence and deter investment, both regional and globally, especially if it expands to include autos and auto trade.

“Estimates of impacts do not fully capture possible disruption to production units as overseas business networks are severed and investment plans are canceled amid a reallocation of global production,” it said.