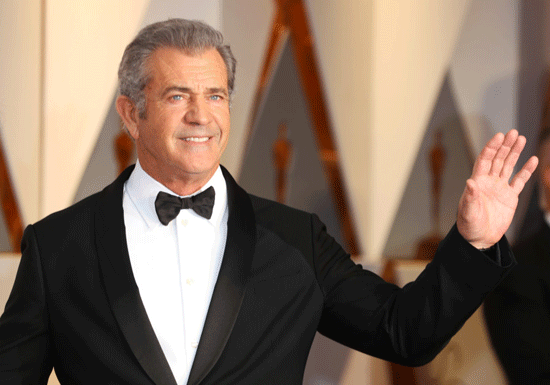 Actor set to write and direct remake of ‘The Wild Bunch’ for Warner Bros.

Mel Gibson is set to write and direct a remake of a Western film – with the backing of media giant Warner Bros.

The news was greeted with some derision by Jewish celebrities who haven’t quite forgotten the widely reported behavior by the famed actor and director.

It was reported on Monday that Gibson will co-write and direct a remake of The Wild Bunch, a 1969 film noted for its graphic violence.

Jewish actress and comedian Sarah Silverman shared a link to the news on Twitter, writing: “F*cking Jews. The Jews are responsible for all the wars in the world.” Silverman was referencing the statement made by Gibson when he was arrested for drunk driving back in 2006.

Actor Joshua Malina, best known for his appearances in The West Wing and Scandal, also commented on the news on Twitter.
“This guy is a racist, homophobic, misogynistic antisemite who pleaded no contest to a charge of misdemeanor battery,” Malina wrote Monday. “What the f*ck is wrong with Hollywood?”

And celebrities weren’t the only ones who found the news rather distasteful.

“No Jews in the Wild Bunch this time around, I guess,” wrote Washington Post reporter Mark Berman.
Huffington Post reporter Yashar Ali, commented that “Mel Gibson admitted to domestic violence, repeatedly used racial epithets on tape, and has a history of making antisemitic statements. Meanwhile there are a long list of women in entertainment who don’t have careers anymore simply because they were labeled ‘difficult’ by men.”

For close to a decade, Gibson, once a celebrated actor and director, stayed largely out of the limelight following a series of scandals, including his drunk driving arrest, and pleading no contest to battery charges against his ex-girlfriend. The Jewish community has long been wary of Gibson, in particular since the 2004 Passion of the Christ, which many said reinforced antisemitic portrayals of Jewish responsibility for the death of Jesus.

In a 2006 interview, Gibson – whose father is an outspoken Holocaust denier – blamed his drunken rant earlier that year on both the Jewish community’s reaction to the 2004 film and to Israel’s conflict with Lebanon at the time.

Over the past few years, however, Gibson has returned to the spotlight, winning an Oscar nomination for directing 2016’s Hacksaw Ridge and appearing in the feel-good comedy Daddy’s Home 2 last year.