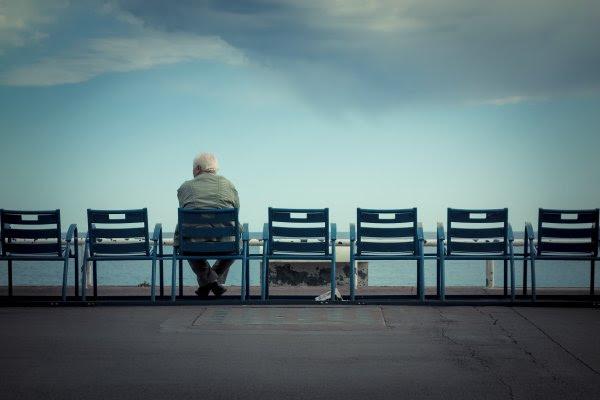 Loneliness is on the rise in the U.S., and no one is immune. Research published earlier this year found that people 18 to 22 years old were more likely than any other U.S. population to be lonely. But new data suggests that older adults are also lonely in high numbers.

More than a third of adults over 45 are lonely, according to a new report from the AARP Foundation. While that percentage (35%) remains unchanged from a 2010 version of the survey, the over-45 population has increased substantially during those eight years — meaning about 5 million more adults, almost 48 million in total, can now be considered lonely.

In the new research, more than 3,000 adults answered questions on the UCLA Loneliness Scale, a 20-item survey designed to measure social connection and loneliness. They also answered questions about their health, lifestyles, socioeconomic profiles, social networks and more.

The report found that people who were physically isolated and who had small social networks were most likely to be lonely. Meanwhile, those who reported large and diverse social groups; frequent contact with friends, neighbors and family members; involvement in community and religious groups; marriage; and regular sexual activity were less likely to be lonely.

Good mental and physical health were also associated with lower levels of loneliness — which isn’t surprising, since loneliness and social isolation are linked to a range of health issues, including substance use and heart problems. Adults with higher levels of education and income, two factors consistently linked to better health, were also less likely to be lonely, the report found.

Consistent with past research, the report also found that loneliness levels decreased with age. Forty-six percent of adults ages 45 to 49 were classified as lonely, compared to just 24% of those older than 70. This trend could reflect the well-established “dip in happiness” that tends to occur around middle-age, followed by better quality of life in the later years, the report says. It’s also possible that, because loneliness is associated with a number of health problems, people who report high levels of loneliness are less likely to live into older age.

The survey points to the importance of maintaining meaningful relationships — and suggests that when it comes to social contacts, more is better. Those who qualified as lonely tended to have fewer people with whom they said they could “discuss matters of personal importance” or turn to for support. And there seems to be something special about seeing people in person: Despite the fact that older adults’ use of social media increased substantially between 2010 and 2018, the habit didn’t seem to make a dent in loneliness rates, the report says. In fact, frequently interacting with acquaintances on social media seemed to modestly increase a person’s likelihood of being lonely.

The survey also suggests that loneliness isn’t caused by one single event, which means that even individuals who have suffered setbacks like the death of a spouse can improve their social health. They may be able to do so by taking cues from individuals who were not considered chronically lonely; these people often dealt with fleeting feelings of loneliness by talking to or going out with a loved one, the report found.

Of course, contacting loved ones is easier for people who already have robust social networks in place. But the finding still suggests that reaching out to others is a healthy habit worth emulating.