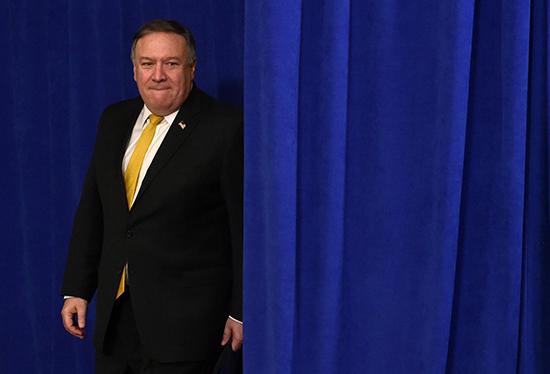 U.S. Secretary of State Mike Pompeo said on Sept. 24 he was hopeful Turkey would release this month an American pastor whose detention has rocked relations between the NATO partners.

“Yes, he could be released this month. He should have been released last month — and he should be released today, in fact,” the top U.S. diplomat told reporters in New York where he is taking part in the U.N. General Assembly.

Pompeo reiterated that the United States considers Andrew Brunson, who has been detained for nearly two years on terror charges, to be “wrongfully” held.

“Pastor Brunson and the other U.S. persons that are being held by Turkey all need to be released by Turkey and that needs to be done immediately,” Pompeo said.

Relations between the United States and Turkey have been shaken over Brunson.

President Donald Trump said he has doubled tariffs on Turkish aluminum and steel over Brunson’s detention, with Ankara responding in kind.

A Christian pastor from North Carolina who has lived in Turkey for more than two decades, he was indicted on charges of having links with the illegal PKK and FETÖ, which Ankara blames for the coup attempt in July 2016.

Brunson was kept in jail from October 2016 on terrorism and spying charges until July 25 when a court in the western province of İzmir ruled to move him to house arrest, citing health concerns.