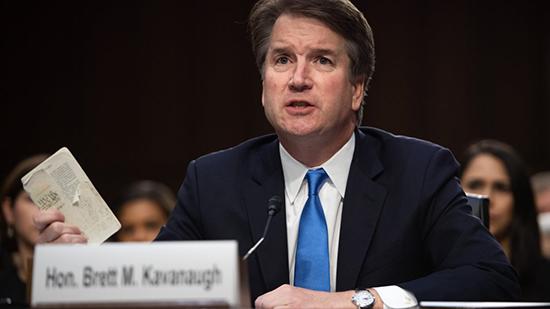 Because there’s still a lot America needs to know.

By The Editorial Board–  The New York  Times

“America’s about fairness,” Brett Kavanaugh said Monday night in an interview with Fox News. “I want a fair process where I can defend my integrity and clear my name as quickly as I can.”

Surely there can be no question that America should be about fairness. Yet only a person accustomed to having things go his way in America would assume that it already is.

It’s a horrific unfairness, for example, that for generations, untold numbers of American girls and women have had their lives “derailed” by sexual abuse, to use the term of one of Judge Kavanaugh’s accusers, Christine Blasey Ford, while the boys and men who abused them — maturing, telling themselves they’ve set aside boyish ways, eliding, avoiding, forgetting — chugged along toward successful careers and public acclaim.

It would also be unfair if Judge Kavanaugh is innocent of such abuse, if he is a thoroughly honest and decent man, and yet is ultimately denied a seat on the Supreme Court because of the allegations against him.

The Senate Judiciary Committee is not a court of law, and the public can’t expect its members to reach an irrefutable conclusion about what happened. Yet it is now up to these senators, who have so far been putting political calculation well ahead of the interests of justice, to give a nation in tumult over these charges the demonstration of higher purpose and moral seriousness it so desperately needs. If Judge Kavanaugh’s name is, in the end, to be cleared, the only path is through a thorough and fair investigation of the allegations against him.

The committee’s 11 Republicans — all of them men — are still refusing to call for an independent investigation, or even to subpoena Mark Judge, Mr. Kavanaugh’s high-school friend and allegedly a witness to the sexual assault of Dr. Blasey. So it’s left to those who care about getting the full story to ask as many questions as possible. Here are a few for Judge Kavanaugh, drawn only from the allegations that have arisen in the weeks since his initial confirmation hearings. Perhaps the Republican senators can get the lawyer whom Mitch McConnell has called their “female assistant” to ask them.