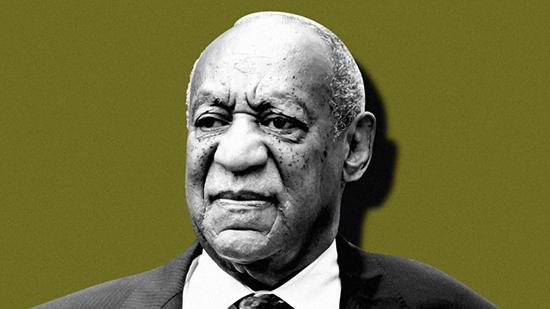 The comedian has been sentenced to three to 10 years in prison for the rape of Andrea Constand. But as she and her family eloquently insisted during this week’s hearing: The effects of his crime will live on.

In April, Bill Cosby stood trial: Andrea Constand, who had been one of Cosby’s mentees at Temple University, alleged that he had, during a visit she had made to his home in 2004, drugged her and then, while she was unable to fight back, raped her. Cosby was found guilty of three counts of aggravated indecent assault. It was a verdict that, after so long—after so many women spoke out, describing the same incapacitate-and-assault pattern, only to be ignored; after an earlier mistrial that resulted from a hung jury; after years in which Cosby was inoculated by a stratified form of impunity—brought a sense of closure. “The End of Bill Cosby,” CBS put it. “A Sad End to Bill Cosby’s Story,” a syndicated Washington Post column concluded.

The events of April did not represent, however, a full ending. In part because Cosby’s lawyer vowed to appeal the verdict, but also in part because a conviction is not the same thing as a sentencing. Cosby, in April, stood to serve up to 30 years—10 for each count—for his crimes against Constand; it would fall to a judge at a later hearing to determine how many years Cosby would be required to serve in prison, in the end. If any at all.

That decision was made on Tuesday, in a courtroom in Norristown, Pennsylvania, just outside of Philadelphia. For drugging and raping Andrea Constand, Judge Steven O’Neill ruled, the 81-year-old Cosby will be formally classified as a sexually violent predator. And he has been sentenced, the judge announced, to three to 10 years in a state prison.

It is tempting to see that decision as another kind of ending to the Cosby story: a measure of justice carried out, finally. Retribution, made retroactively, for all that Cosby has taken from Constand and, by symbolic extension, the 59 other women who claim to have been victims of his predations. The arc of history bent, through the heat of voices that refused to be silent any longer, just a little more readily toward justice. There is, to be sure, a certain finality to the sentence: a story ended. A case closed.

But it would be a mistake to think of Tuesday’s sentencing as a conclusion, because in the broader sense, the story hasn’t ended at all. And what took place during the sentencing hearings that led to Judge O’Neill’s decision is a powerful reminder of why. For one thing, many of the women who have accused Cosby—who did not get their day in court, often because statutes of limitation had implemented their own kinds of endings—were prevented from speaking at the sentencing. Their stories, in this setting, were silenced.

For another thing, though: The testimonies presented over the course of the hearing—by Constand herself, and by members of her family, who offered impassioned evidence of the radiating effects of sexual trauma—served as their own testaments to continuity and to the fact that, whatever happens to Cosby, the stories of those on the receiving end of his predations will carry on. Those stories will be sadder and harder than they otherwise might have been, because of the entitlements of the man who was once known as “America’s Dad.”

On Monday, Andrea Constand submitted a written victim-impact statementinto evidence in the Cosby sentencing hearing. “To truly understand the impact that sexual assault has had on my life,” she wrote, “you have to understand the person that I was before it happened.” Before the rape, Constand continued, she had been “a young woman brimming with confidence and looking forward to a future bright with possibilities.” And afterward: She began having nightmares. She lost her appetite. She became exhausted. She felt an “overwhelming” sense of shame.

“Bill Cosby,” Constand wrote, “took my beautiful, healthy young spirit and crushed it. He robbed me of my health and vitality, my open nature, and my trust in myself and others.”

That is the story here. And that is the story that has only a partial conclusion with Bill Cosby’s sentencing. It is the story that, for Andrea Constand, who was one person and then was made into another, has become unshakable, unending, and in many ways totalizing. “I’ve never married and I have no partner,” she writes. “I live alone. My dogs are my constant companions, and the members of my immediate family are my closest friends.”

Those family members, in lieu of the many women who were not allowed to share their own victim-impact statements during the sentencing, spoke as well: to those gathered in the courtroom and to those watching from beyond. The Constands, during the hearing, told of traumas that linger. They spoke of lives whose paths were irrevocably altered over the course of one evening. They spoke of stories that refuse to be concluded with a tidy ending.

Gianna Constand, Andrea’s mother, reportedly referred to her daughter’s assault as a “nightmare” she had been living in her own way, as a mother; she said as well that the vicarious victimization has led her to develop both emotional and physical ailments.

Andrew Constand, Andrea’s father, told the court how, after discovering what had happened to his daughter, he began requiring Ativan to sleep: “Today,” he said, “many years later, I take double the medication.” He added that “the thought of what happened to my daughter will always be with me forever like a dark cloud hanging over my head.”

Diane Parsons, Andrea’s sister, reportedly said that when people ask her how Andrea is doing, “I always answer, ‘She’s doing fine, thank you.’” But: “I wonder how she really is doing,” she added, referencing the attempts at character assassination that were made, as they so will be at women who tell stories of sexual abuse, at Andrea’s expense. “How can she handle being called a pathological liar, being called a con artist, a drug addict?”

Americans are accustomed to hearing—and to telling—the stories of powerful men. Men of talent. Men of industry. We are conditioned to gravitate toward tales of their struggles and their resilience and their kindness and their madness and their genius. We are trained, from birth—the Supreme Court confirmation process that has coincided with Cosby’s sentencing this week has served as yet another reminder—to see the men as the centers of our stories. And Bill Cosby was, of course, for a very long time, the star of one such myth. He benefited from the familiar centrifugal forces. He exploited them. His sentencing, however, has suggested the emergence of a new kind of narrative paradigm: one that emphasizes the women. One that cares, finally, about their perspectives, their experiences, their lives.

Judge O’Neill, in not allowing the other victims to speak at Cosby’s sentencing, precluded a repetition of what took place when the victims of Larry Nassar spoke to him—and to the network of people who had enabled him—by sharing their rage and articulating their betrayal and finally, in their own words, telling their stories. In this case, instead, the Constands spoke. The Constands shared their anger. And the Constands reminded those in the courtroom and those watching from afar that even stories that end also have a way of carrying on. “The victims cannot be unraped,” Gianna Constand said. “All we can do is hold the perpetrators responsible.”