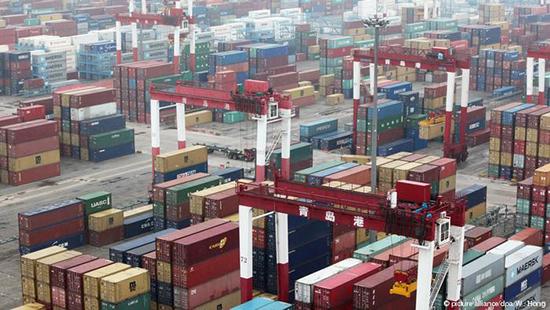 Rising debt, US interest rate hikes, but above all simmering trade conflicts will take their toll on Asia’s growth prospects next year, the Asian Development Bank (ADB) has said in an update of its regional outlook.

The Manila, Philippines-based Asian Development Bank said in an updated report Wednesday that it expected economic expansion in Asia to remain at a robust 6 percent this year but to slip to 5.8 percent in 2019.

The world’s second-largest economy, China, was forecast to log 6.3 percent growth next year, down from 6.6 percent in the current year.

The lender cited looming financial and trade shocks as the biggest sources of potential trouble on the continent.

It said that if the US kept hiking interest rates, including one increase expected Wednesday to take the benchmark rate to 2-2.25 percent, currency markets and capital flows in Asia could be disrupted, leading to massive problems with toxic loans.

But the ADB report made it abundantly clear that the biggest threat was coming from potential damage to supply chains caused by trade conflicts, especially between the US and China.

US President Donald Trump pushed ahead Monday with higher tariffs on $200 billion (€170 billion) of Chinese imports, with Beijing retaliating by imposing penalties on $60 billion of US goods.

The US-China trade dispute had the potential to shave 0.5 percentage points off China’s growth, the report said.

But ADB officials also pointed out that fast-growing Asia was quickly becoming such a large market that expanding trade within the region might help offset lost exports to the US.

“Interregional trade in Asia is as high as almost 50 percent of total trade, and this seems to be increasing over time,” ADB Chief Economist Yasuyuki Sawada told AFP news agency.

“Asia used to be a global factory and everyone viewed Asian economies as suppliers, but if we look, more than half of the global middle class is living in Asia.”