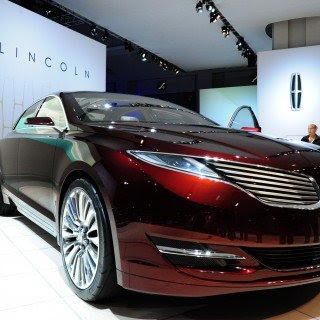 With tariffs on imports of US-made autos into China reaching 40 per cent, the American car maker is considering boosting production of some models there

Ford is looking at speeding up plans to build more cars in Chinese plants, with the growing trade war with the United States making US exports less attractive, a senior executive has said.

Joseph Hinrichs, Ford’s executive vice-president for global operations, said that he saw no easy resolution to the US-China trade war, and that the company was planning to launch new vehicles in China – including for its premium Lincoln brand – to halt its recent slide in that market.

President Donald Trump on Monday imposed tariffs on an additional US$200 billion of Chinese goods, prompting swift retaliation from Beijing on US$60 billion in US products.

“We have long been advocates for balanced and free trade,” Hinrichs said on Monday. “We continue to encourage both the US administration and the Chinese government that it’s in everyone’s interest to work out their differences.”

But he said: “I believe this US-China discussion will go on for a while.”

The increasing exchange of tariffs makes it difficult to plan for the future and, with tariffs on vehicles exported to China now reaching 40 per cent, there is no business case for exporting vehicles from the US, he said.

“China is a core businesses for us,” he said, but added: “You’re talking about two very powerful economies, so we’re going to have to plan accordingly.”

Ford recently announced it was scrapping plans to import the compact Focus model from Chinese plants into the US market, due to the tariffs.

Hinrichs also said he hoped a breakthrough on a revised North American Free Trade Agreement (Nafta) could be achieved this week on the sidelines of the United Nations General Assembly in New York, to keep Canada in the continental trade pact.

“We need a three-way auto agreement,” Hinrichs said, noting that the deal struck last month between the US and Mexico could serve as a basis for a more complete agreement that includes Canada.

“I’m worried a little bit that time will catch up with us,” he said, noting that he had spent more time in Washington working on trade issues than ever before.

US and Canadian negotiators have spent more than a month trying to resolve remaining differences after Washington sealed a tentative deal with Mexico City which they intend to sign by December 1, when a new Mexican government takes office.

The auto industry is key to Nafta and the free trade deal is critical to the North American supply chain.

Hinrichs said that although “the language of the US-Mexico trade agreement should work for Canada” in the auto sector, the remaining sticking points centred on other topics, such as timber, dairy and cultural issues.

Iran has ‘more to lose than to gain’ from Azerbaijan victory