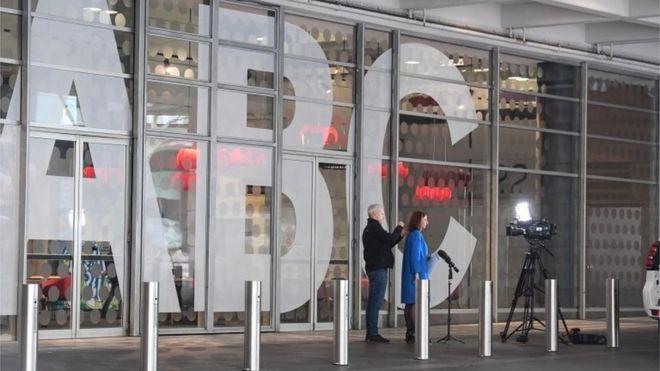 The chairman of the Australian Broadcasting Corporation (ABC) has resigned following allegations of political interference.

Justin Milne resigned from the national broadcaster amid reports he had called for journalists to be fired because their reporting was disliked by the Australian government.

The government has denied pressuring the broadcaster over its staff.

His exit comes after managing director Michelle Guthrie was fired on Monday.

In departing, Mr Milne denied any government interference, and said he was leaving to “provide a release valve” for the “firestorm” stirred up by the reports.

“Nobody from the government has ever rung me and told me what to do in relation to the ABC,” he said.

What was Milne accused of?

He allegedly told Ms Guthrie to sack two senior journalists whose reports had provoked complaints from the government this year.

In one leaked email about economics journalist Emma Alberici, he wrote: “They hate her… get rid of her. We need to save the ABC, not Emma.”

In another reported exchange, he directed the managing director to “shoot” the ABC’s political editor, Andrew Probyn.

These claims and others were leaked to Australia news outlets just a day after Mr Milne, in charge of the ABC board, sacked Ms Guthrie halfway through her five-year term.

Why is this a problem?

Like the BBC, the ABC is funded by public money, but has its editorial independence protected by a legislated charter.

Under its policies, the broadcaster has a legal duty to present news in an impartial manner, free from political bias or influence.

In recent years, it has been criticised by the centre-right Liberal National government for allegedly showing bias in some of its stories.

It led to staff protests across the country on Wednesday, and the government to announce an inquiry into the alleged interventions.

Affectionately known as Aunty by its viewers, the ABC holds an unique place in Australian life.

It no longer has the biggest audiences nor the most high-profile presenters, but it does retain the best trust ratings of any media organisation.

And so the suggestion that it would hire and fire journalists according to who the government favours has caused outrage.

Even though the reporters in question were not sacked, public faith in the corporation was compromised and the chairman had to go.

At a time when its funding is being cut, the confidence of the audience is an even more precious commodity.

The challenge for the ABC now is to find new leaders who can show it remains fiercely independent.

What’s been the reaction?

However, some have also called for the rest of the board to go. All of the directors, except one elected by the staff, are appointed by the government.

The government has resolutely denied pressuring the broadcaster over its editorial stance.